I can’t be alone in being appalled at the behaviour of our governments over the last thirty years. And yes, I am going to say it; Margaret Thatcher was the last leader with a clear and profound belief in the British people and a desire to fight the forces lined up to attack our way of life. Her successor seemed to want nothing more than to subjugate our will to that of the EU politburo and Tony Blair and his crazy gang set about dismantling forever a Britannia that had taken a thousand years to build.

After Blair came a series of caretaker administrations intent on nothing so much as appeasing the international judicial junta and as a result we have tumbled into more rabbit holes than Watership Down. The trans debacle, the ever-inflating exam grades, the dash for devalued qualifications as proxy for actual, meaningful skills, and the appallingly disjointed Net-Zero policy are all obstacles we have allowed the government to put in its own way. Policy after failed policy, while the public is shouting from the sidelines that they won’t work, will incentive the wrong behaviours and will cost a fortune.

Who would have thought that it would take a mere 40 years for a country which once ruled the world to become a feeble ward of court, reliant for its every need on one surrogate parent or another? When did we become, both individually and nationally, incapable of fending for ourselves? If it’s not the EU it’s the UN, or NATO, or, heaven forfend, the WEF. One after another supranational entity has fingers in all of our pies; it has to stop.

I’m not saying we become isolationist, although I don’t see how that would be any more disastrous than the mess we’re in now. But what the country – any country – needs is strong governance that actually works. Leaders need to be actually, not nominally, accountable for their actions. And those leaders need to actually lead, not just follow the latest on-trend opinions of the chattering classes, although they really do have to listen to those who will be affected by legislation, which they don’t appear to have done for a long time.

And none of this is impossible, yet with every nervous, eggshell-treading, politically correct, U-turn invoking announcement, minister after minister has only made the situation worse. Boris Johnson may be all the things his haters say he is (although, blimey, how could one human hold so many flaws?) but he was, and remains for many, a popular choice. His eventual ousting by the very people rejected in his electoral victory speaks volumes about the distance which now stands between the establishment and the population at large.

Unless this changes, soon, I can envisage a time when people simply take matters into their own hands. Some already are; vigilante patrols, paedophile-hunting groups,a nervous few challenging aggressive islamification. But when youths can simply walk into MacDonalds, high street electrical stores, sportswear outlets and the like and take whatever they wish with impunity, it becomes clearer than ever that our police ‘service’ has lost control.

Naturally, such talk of muscular, law-applying regimes will provoke the flaccid left to protest and wail and moan, but when I said flaccid, I meant it. Those who the left once courted as their own, the working class, are on our side now and what is left is a wishy-washy collective comprising the limp and ineffectual malcontents of the identitarians, the soft, liberal middle class and a few posturing academics whose theses bear no merit. 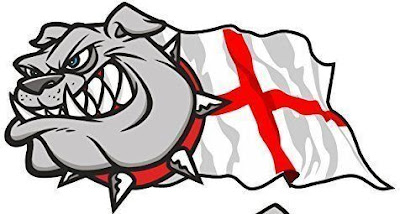 Time to get our bite back

We should simply stop listening. You want safe spaces, you think it’s all because you’re black, you are offended by differing opinions? Who cares? The sooner we adopt a national ‘fuck you’ attitude to all this crap, the better. Get in line, pull your socks up, give your kids a clip round the ear from time to time and reclaim your natural British right to tut loudly in queues. All is not yet lost, but there is little time left to save the best nation on Earth.