Dare we talk about immigration?

Dead Millipede has said he wants to compel any firm employing a non-EU citizen to also take an EU apprentice. He really intended that it would be a British apprentice, echoing Gordon Brown’s “British jobs for British people” but forgot that all jobs these days must be open to anybody from anywhere in the EU and Spain, for one, has millions of unoccupied kids who may jump at the chance. You see, even Egalitarian Ed and his gang were being casually racist when they dreamed up the doomed policy.

Quite apart from raising the spectre of the bad old days of union-wrought double-manning on the docks and regardless of the fact that an enforced apprenticeship is likely to be a very low value offering, there is a ma-hoosive elephant in this room. No matter how bloody multiculturally sensitive you like to think you are. No matter how many times you recite the mantra “Diversity is good; I know it is”. No matter how colour/gender/race-blind you are there IS such a thing as the wrong type of migrant and you damned well know it.

The right type of immigrant is somebody who, whether for a short term contract or for keeps, is happy to play by our rules. He or she speaks capable enough English for the job and quickly acquires more; and the longer they stay the more ‘British’ they become. They have skills we need and their presence in these islands enriches us. We’ve always had that and few would argue that it’s not a good thing.

But there’s also such a thing as a bad immigrant and once again you all know this. A bad immigrant is one who comes here under, say, a false asylum claim and then disappears between the cracks to work below British cultural and workplace norms. Or else he or she is an out and out criminal, coming here to beg and steal from our citizens and then using our own tolerance against us, resisting deportation for decades. Or they may be legally imported en masse to work like slaves for gangmasters who charge for their keep and accommodate them in what are, effectively, work camps.

And we really should not be importing unskilled labour. The tiny taxes they may pay from their sub-minimum wages can never – even under Labournomics – begin to justify the enormous cost of maintaining a workless underclass of home-grown slackers, especially when you factor in the infrastructure costs of housing, healthcare, public services, etc.

And the burden is not shared equally. Ed Miliband was right to talk about the barrier that separates our nation in two, the invisible divide between north and south whereby one part of the country prospers and gains from the benefits of immigration while the other half is blighted by it. But it’s worse even than that. Many migrants don’t look like us, don’t act like us and yes, they are culturally incompatible with us. Some of them have been here for generations and still have made no effort to acquire the language or the cultural skills necessary to integrate; and tolerance for their presence is growing weaker. It's a sad truth that, after all these years, still nobody trusts a Scouser. 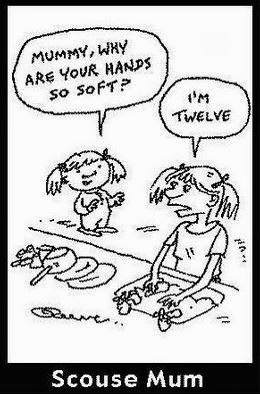 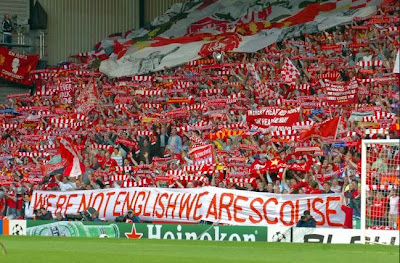 Email ThisBlogThis!Share to TwitterShare to FacebookShare to Pinterest
Labels: immigration