My blog is late today because I have been practising how it will be under an open and avowedly socialist Labour government. Tony Blair largely left the workings of business alone while he concentrated on eradicating Britishness. Under cover of the apparent wealth of the country he declared we were all racists and used our shame to snip away at the stiches holding our social fabric together. While people thought it could only get better, the malign forces of common purpose slowly eroded our resolve, so now we have little fight left and soon we will be outnumbered.

But now it’s Old Labour’s turn again. As I listened, aghast, at Miliband’s rabble-rousing medley of maudlin sentiment and undisguised, vitriolic hatred of (boo!) the nasty Tories, I could feel myself getting poorer by the minute. The news media like to portray a ‘lurch’ to the right; yesterday I saw a sickly limp to the left. While Red Ed’s words said “land of hope and glory” I could only picture the seventies; Land of no hope; and gory. The dead unburied, rubbish blocking the streets, the lights going out night after night and strike after strike after strike. Surely Britain can do better than this?

No wonder Len McCluskey was so pleased with himself; he worked his puppet like a master and had him strut the stage like an evil little pixie. Rubbing his hands with glee, Len was looking forward to a winter or two of discontent to fatten his little lambs in Unite. And when the lights go out this time it will be far worse than back then. Every waking moment of your life is now dependent on technology in a way it simply wasn’t in the seventies.

In that blighted age – blighted by Labour - people generally lived within walking distance of work. They had land telephone lines and corded telephones that could still function without a base station. Nobody ordered their life around a smart phone and only giant corporations had computers.  Open fires could be lit to heat your home and families could actually sit together, in the main, without too much strife, huddled together for warmth. There was little on the telly so that loss could be endured and there was no such thing as the Internet to be deprived of. Instead, people could and did read and could do so by candlelight if needed.Children didn’t need an iPad to do their homework.

Without electricity today you are fucked. NOTHING will work. No transport, no communication, no heating (your electronically controlled gas boiler will be dead too). No music, no YouTube, no Facebook, no Twitter, no games. Just imagine going around your home and workplace and quite literally, switching every single thing off. Commerce gone in an instant. No lights, no tills, no security cameras. No security cameras? How soon before the looting classes get wise to that?

And that is just one prospect. The share prices of Centrica and SSE dropped by 3% this morning and spokesmen have already outlined what this might mean. If investors pull out and prices are capped, businesses may fail or move; what value the price freeze if there’s nobody left to supply? Fewer businesses means less competition and ultimately monopoly and we all know what that does to prices. Coupled with yet more green taxes, Ed’s promise of a price freeze is virtually guaranteed to drive prices steeply up in anticipation of the possibility. In other words Ed’s undeliverable promise will drive fuel prices up right now.

Many others have commented today on the new Old Labour, most of the prognoses are gloomy, but to the unthinking greed of socialist minds it all sounds so horribly good. Doubleplusgood. Not one of Labour’s new offerings stands to scrutiny and some of them are borderline stupid. Votes for sixteen year olds, why not? Why not? Because they are fucking sixteen! And with the election two years away this means that Labour will be intent on grooming today’s fourteen year olds. Will social workers soon be saying “Can you show me on the doll where he ‘canvassed’ you?” 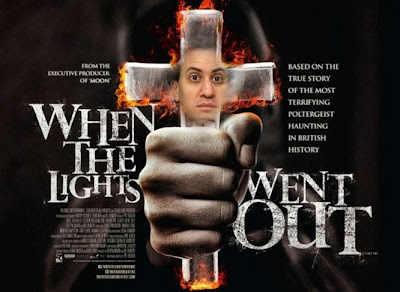 Anyway, there is one shonky policy that won’t be needed. Ed wants to build hundreds of thousands of new houses whether the land owners want to or not. But the shortage of housing will actually solve itself. If Labour get into power in 2015 anybody who is able will simply emigrate. I intend to. And Britain will become a Socialist Labour bastion with the population it always wanted. State slavery, corruption, dependence and utterly multicultural (which is no culture at all). Can’t Britain do better than this?