So now we know what’s at the root of it all. Me. And my kind; we are the scourge of humanity and it must be so because no less a luminary than a ‘progressive’ Professor has said so. Among all the experts in all the world, the very apotheosis of expertise has to be a progressive who has nevertheless persuaded his handlers that despite all the restraints and the medication it takes to maintain their world view, he is worthy of tenure.

Professor Noel Ignatiev delivered a final lecture on his recent retirement, reported in the hilariously titled "Diversity Chronicle", which included this passage:

“If you are a white male, you don’t deserve to live. You are a cancer, you’re a disease. White males have never contributed anything positive to the world! They only murder, exploit and oppress non-whites! At least a white woman can have sex with a black man and make a brown baby but what can a white male do? He’s good for nothing. Slavery, genocides against aboriginal peoples and massive land confiscation, the inquisition, the holocaust, white males are all to blame! You maintain your white male privilege only by oppressing, discriminating against and enslaving others!”

So Diane Abbo was right after all. You dirty, rotten, lying, cheating mankind-impoverishing white bastards. You should top yourselves, every last one of you. And until every trace of white history and influence is eradicated, presumably the world cannot be the pure shade of coffee the mad professor yearns for. So, I reckon all we hideous white male ghosts should do a John Galt and take ourselves and all our toys off into the hills to die. The rest of you should prepare for the future.

To do the job properly we’ll need to remove from your experience all of the following: The Industrial Revolution. Space travel. The Renaissance. Maps and exploration – oh and satnav.  Every significant piece of heavy engineering you can imagine, such as bridges, aquaducts, airports, railways, roads and of course, along with them all the planes, trains and automobiles.  Say goodbye also to electricity, surgery, money, communications, printing, efficient agriculture, parliament, the law and the Internet. We’re going to need a bigger U-Haul.

So, when the lights go out and silence returns and you all go back to live in caves on your little old flat earth, wondering what all the twinkling little lights in the sky are you’ll be able to ask yourselves, what did the white males ever do for us? We’ll also be taking the wine and spirits, so you’ll be doing your wondering in stark, cold sobriety. 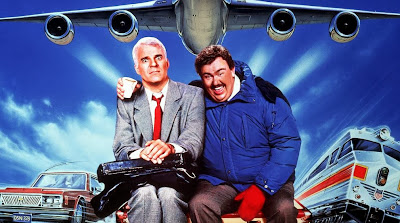 That's the last you'll see of all that!

It’ll be quiet, at least. And I’m sure given enough time you’ll eventually be able to rediscover all that horrible, nasty oppressive stuff for yourselves. I wonder which flavour coffee will rise up to do all the subjugating next time around? Anyway, good wishes and good luck. Given that the good professor has a healthy whitey pallor himself I expect I can assume it’s only a matter of time before he leads by example.

My thanks to two Tweeters who have pointed out that this report is a spoof. The good prof  has, however, views which verge on being perilously close to what was stated here. He has, indeed, called for the abolition of the white race - although to be fair, not by extermination - and has been associated with enough left-wing political movements to be considered at best a bloody nuisance and potentially a dangerous influence on his students. His Wikipedia entry can be read here.
Posted by Batsby at 08:29