Dominic Cummings has gone, get over it. We have, and by ‘we’ I mean natural Conservatives, both big and small ‘c’ who care far more for the country and its wellbeing than by whom it is governed. Many lent their votes to Tony Blair when it looked like New Labour might be the fresh new politics. And many lent their vote to Boris when it looked like he might deliver what a majority of forgotten voters had asked for. All have been disappointed.

Now, of course, speculation has exploded. The media has been utterly obsessed with Dominic Cummings as a Svengali figure on whom they can blame all their failings. Their failure to accurately predict election and referendum outcomes. Their failure to accurately portray ordinary working people as thinking beings. Their to-a-man adherence to the dopey and ill-considered social justice doctrines of the last few years. So now they have to carry on being led, not by objective reporting, but by the bias they cannot shake off.

But I don’t think it is all the press’s fault, rather it is the lack of leadership shown by most modern governments. Desperate to be liked and desperate to garner the votes of people who wouldn’t pledge for them if their very lives depended on it, successive party heads have bent like straws in the wind and lapped up every last faddish theory as if it were fact. Appease the Greens, appease the gender-fluid, appease whatever is that ‘the woke’ think they have awoken to.

There isn’t a leader in the civilised world that isn’t prey to dither and in thrall to the polls, when it is the proles they should be looking to, because the silent majority will always be there, no matter how their grandchildren seek to ‘educate’ them. And what the majority want is law and order, a manageable welfare system for those who need it, not those who demand it. They want border controls and they want to believe the government actually has the means – legal, financial and if necessary military – to deal with it decisively.

They want all of this at a price – taxes – that will not break the bank, nor the backs of those who labour to pay it. But governments, instead of reading the runes, are moving further to the clamorous and increasingly splintered left and ignoring the less-oft expressed but far more homogenous and reasonable views of ‘the man on the Clapham omnibus’.

The government should be doing what the majority want, balanced with what is reasonable; they shouldn’t be trying to stomp on the little sparks that are the ultra-minority demands. Those sparks, as bright as they might briefly flare, as loudly as they might crackle, have limited fuel and will die out on their own. They are ideas, not the real needs of the majority; that is the smouldering hot heap of unspent ash at the heart of the fire. Throw fuel on that and watch it blaze. This is the fire that needs tending. 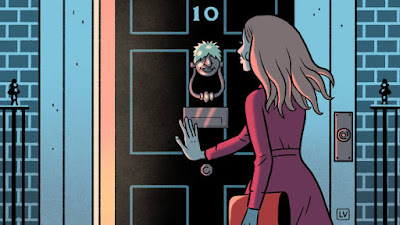 We may have got the wrong dictator

Ultimately it comes down to the fact that the governed are content enough as long as their bellies are full, and they are clothed and housed and kept busy. All the fripperies of progressive idealism will only enrich the juvenile and simplistic theorists who egg on the agitators while doing nothing to meet the basic needs. We must have governance that both recognises this and isn’t afraid to challenge the noisy minority. It is time to bloody some noses. If that sounds like a dictatorship, who cares? Despots can be toppled, unsound ideology not so much.