Don't Get Too Excited

It’s been a while since I published a blog. It’s not that I have been out of ideas, rather that by the time I get the draft in my head, circumstances have changed, the public mood has shifted and others have already blasted their thoughts into the blogosphere. But I sense a brief lull as the world holds its breath and gazes at the USA, and here in the UK people enter a Covid stupor, unsure what to believe.

Well that’s not something I’m going to help you with; you make up you own minds. But here’s the crux of the matter – how? The government tells you one thing, your mate tells you another. Extensively researched papers are published and reach a reasoned conclusion, but then some reality television ‘star’ begs to differ. And just when you think you have a handle on an issue a cleverly argued debate spins you 180 degrees.

With statistically very few exceptions, none of us are experts, so we rely on experts – or rather the people who interpret the experts – to inform us. But when the experts – or those who interpret them - disagree we fall back on preferences. Once, we relied on the impeccably neutral ethos of the news media, on meticulously impartial documentary makers. But who now believes that any reporting comes without bias?

You don’t know the reality around either the pandemic or the US election. Neither do I. Nobody does and nobody ever will because, even with the benefit of hindsight, much will remain unclear or deliberately obscured. Historians will be overwhelmed by data and will find it impossible to discern fact from fiction, truth from lie. The outcome of their endeavours will be as much determined by what they want to see as what is actually in front of them. Will history in the future consist of multiple competing accounts from which to choose? What will be taught in school?

What of ‘Citizen Journalists’, you ask? Those on-the-spotters who film events in real time and thus generate accurate records of indisputable reality? I often watch such clips and fail to agree with the version of events which the publisher claims is being revealed. And then I have to ask how it was that they were right there, phone at the ready, to film just that segment. Not the minute before, not the resolution after, but just that bit which they believe supports their case.

Who knows what to believe any more? There are some who say that there is the proof, that the presentation of many facets of every story is a deliberate, deep state tactic to prevent us from knowing the truth. I think you know my views on that; isn’t a much more rational explanation that it is what it is, a multiplicity of different viewpoints randomly informed by experience and only occasionally having the appearance of collusion? 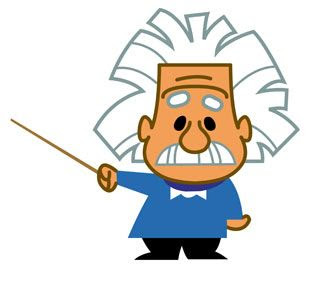 Relatively speaking, he knows no more than you...

How do we navigate through all this fog? Well, mostly, I try not to get too excited, try not to invest too much time worrying about things that don’t really affect me and concentrate instead on what I can do to further my personal aims. I’m more parochial than global in outlook and I still have faith in the silent majority… which is perhaps why I haven’t blogged for a while.

Email ThisBlogThis!Share to TwitterShare to FacebookShare to Pinterest
Labels: Internet lies and conspiracies