Can there be anything more sick-making, for level-headed, stiff upper-lipped Brits, than the sight of emotionally insecure people spontaneously breaking into tears as they sob their soundbites into recorded history. Wall to wall wailing has been breaking out across the formerly civilised world in response to a charisma-free septuagenarian being declared the 46th President of the United States.

There is something embarrassing about mass outpourings of emotion. Those huge funereal crowds, rending their garments and gurning for the cameras. We used to be amused by the ululating natives, the quaint piccaninnies with their emotive ways, but now the piccaninnies are us; at least, they are some of you. And while those of us who eschew such public frailty still look on bemused, we fear we are a dying breed.

Politics and power used to be the preserve of sober men and women. Pragmatism used to be the guiding principle of governance, with the rousing of passions reserved for tub-thumping occasions. A speech in the house, a hustings, a public debate, a call to arms and so forth, these were the rare times the lip might tremble and character be revealed.

We need character – and characters – in public life, but we need consistency more. We also need backbone and tenacity and leaders who are unafraid to be unpopular when they need to be. In this respect Boris Johnson is no Donald Trump, being master of the emotive u-turn. And although Trump inspired some dangerous passions, in people you wouldn’t necessarily want to be neighbours, I don’t recall a flag parade of sopping wet handkerchiefs on his 2016 victory.

Trump’s message, for all his faults, was America for Americans. Biden’s appears to be America for whoever wants it. And people are weeping for this? As Biden himself might say. “come on, man!” Yet even here, where a Biden victory may spell some difficulty for us as a country, people on the left are blubbing on air like they just received an all-clear from a cancer scare.

But sober and pragmatic and realistic and reasonable are boring, while joy and anger and fear bring a rush of blood to the brain. Reason rarely wins over emotion and this is the power of the left. Forget trying to explain – everything is far too complicated – instead, seize on a single smouldering nugget of fury and apply the bellows. Fan that flame until the anger it engenders is impossible to resist, then set the mob alight.

Maybe I am being unfair, but it does seem to me that leftist politics is emotionally driven and appeals to people who are dreamers, rather than doers. This is possibly why we don’t see very much of notionally right-wing mobs. The right wing, such as it is, is busy running things, putting food on the table and actually paying for all the things the leftists demand but can never provide for themselves. 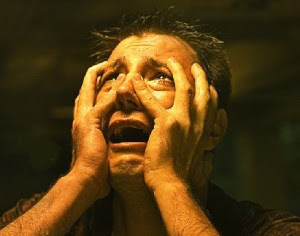 They won - why cry over it?

If immature passion was what drove the world, what made it function, then the left, having once been elected, would never be out of office. But they always run out of steam. People realise they can’t eat emotion; they can’t keep warm by really wishing to be warm and they can’t build structures with sentiment. These are campaign tools which attract a certain sort; the sort who often lack the ability to realise their dreams. I have no doubt that leftists are sincere, but like leftism itself, sincerity never built anything.