Baroness Sugg has quit her role at the Foreign and Commonwealth Office over the reduction in Britain’s foreign aid budget. So what? Nobody knew who she was or what she did (after Madness, obviously) but surely this petulant stomping off because the gravy tap is being backed off a tad is more an indication of a lack of moral fibre than of any true devotion to a cause. When the going gets tough…

But isn’t this posturing, public resignation business so typical of the current crop of politicos? All for it when the going gets tough; happy to lunch and dine and gladhand grateful dusky despots for the cameras; no problem at all in accepting the plaudits for ‘a job well done’, but running away from trouble at the first sign of difficulty.

If the worst that can happen is you get to spend more time in the garden on full salary, or you get a more favourable post in an easier department, where is the incentive to do better? Maybe trophy resignations should be banned, or denied publicity, so that – god forbid – you are put under pressure to come up with the goods. And I wonder if she is aware how few of her countrymen care one jot about foreign aid, especially when it goes to countries easily rich enough to solve their own problems?

But wait, aren’t WE ‘easily rich enough’ to solve OUR problems? If we are, why are we not doing it and if we aren’t why do we think that throwing cash at countries exclusively populated by brown-skinned people will somehow make anything better? Is it a white saviour complex, or a second reparation for slavery on top of the ruinously costly reparations we only recently finished paying? Is it really just white guilt that makes us fund despots who treat their people even worse than we do?

But we don’t treat OUR people badly, do we? Seriously, I think we do. They always used to say charity begins at home and right now I can think of no more worthy recipients of generous philanthropy than several million of our own citizens who desperately need help of some kind. Right now the Chancellor is busily cash-spreading; indiscriminately fertilising the field in the hope that some of it goes towards growth, but we need something more and, wait for it...

I think we need a return to a bit more socialism. No, don’t click away, hear me out. We used to have world class public transport, housing, education, policing and access to justice. Our politicians used to be public servants, not celebrities and we had free libraries, museums, art galleries, sports facilities and so on. Admittedly we still have healthcare ‘free at the point of use’, but it is hideously and expensively encoiled by the serpents of equality and diversity and other woke superficialities, and where has everything else gone?

It simply isn’t true that the private sector does everything more efficiently; it may do things more profitably, but where does that profit go? In publicly funded private enterprises surely the purpose is to utilise the ruthless efficiency of the private sector in pursuit of the public good; where is the evidence that this has worked well in the last 30 years? When we need junior footballers to shame governments into doing the right thing, what the hell has happened to our collective sense of responsibility? 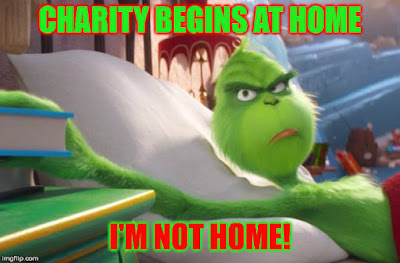 To use Boris’s (and many others’) favourite form of three-word government, when we ‘build back better’ we have to demand the principle is also applied to everybody in a position of influence. The great industries must create wealth; the great Parliament must regulate how it deals with the share of that wealth it collects in taxes. But it’s not just about money; it is primarily how we deal with each other. I have a modification to make to that slogan; when we regroup and start over, can’t we all just try to ‘Be Better’?

Email ThisBlogThis!Share to TwitterShare to FacebookShare to Pinterest
Labels: Build back better