In a rare moment of collusion, several colleagues and I chatted this morning about the state of our industry. Structure, people, education and other resources came into play as we swiftly put the world to rights; standard Friday morning fare, really. Without needing to know which industry it is you will nevertheless recognise the symptoms:

Enormous salaries are paid to consultants and industry bigwigs who have abandoned honour and contact with the grass roots to climb the greasy pole to self-aggrandisement. Theirs is a world of meetings and self-congratulatory conferences and award ceremonies as they slap each other on the back even as they burn £100 notes. Like most forms of governance the bureaucracy itself soon displaces the original purpose. Once that promotional ladder has been ascended, they live as if in the halls of Valhalla, glibly making pronouncements which affect the daily lives of millions.

A classic symptom of this kind of thinking is the new boss who wants the entire workforce to do things they have been doing for years, but differently. And I’m not talking about paradigm shifts in client-contractor relationships, or customer-facing skills. Nor am I talking about the introduction of new and better technologies, systems or approaches. It could be as simple and pointless as making everybody fill in a form which achieves nothing and is simply filed away forever, to be shredded at some far distant date. You’ve all been there.

Of course, nobody is suggesting that all industries become collectives, seeking shop-floor approval at every turn – we don’t want to go back to the sixties and seventies, now, do we? But at some tipping point the move away from consultation and cooperation will have dire consequences. It really can’t carry on like this forever; please say it can’t.

Globalised business operates on the Ponzi-like system that more and more lower-paid operatives, churning out more and more product achieves profits based solely on economies of scale. But the recipients of those slim pay packets can’t afford the product and the displaced workers the products are aimed at are no longer employed. Ultimately the companies are not valued at what they are worth in any material sense, but merely as what they – and their handful of grossly overpaid figureheads - are perceived to be worth. Today.

Tomorrow, the market sentiment changes and the whole lot crumbles. Market leaders disappear into financial statistics and the same old money men - the people selling blankets and shovels to the globalist gold rush - become that little bit richer. And those who used to be the bedrock of industry, the skilled workers, are back on their arses again. Little wonder then, that those who can, move into positions of influence, and away from positions of productivity. By those who can, I definitely do not mean the best of the workforce, because it seems a dreary predictability that those with the least amount of utility at the bench are destined for stardom on the board. 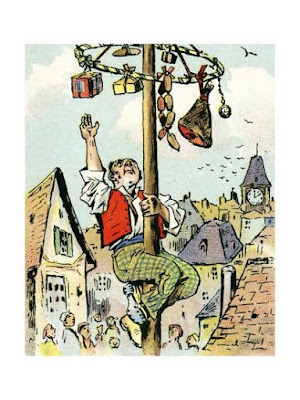 The old adage: those who can, do; those who can’t teach is all too often augmented nowadays by the knowing punchline “…and those who can’t teach, manage”. The world will not be shaped anew by the Elon Musks and the Jeff Bezoses, nor by the lofty forums involved in world economics. The answers aren’t with the demagogues but with those of us who do… and those of us who teach how to do. Most of us already see the greasy pole climbers for the vainglorious popinjays they are and reject their abstract indulgences. One day, maybe, we all will.