Chaos theory says that complex dynamic systems can be affected by changes so tiny as to be effectively impossible to identify. Thus a butterfly may flap its wings in the Amazon and several years later Michael Fish takes a beating for not quite forecasting a hurricane. Yet the events that make up a complex dynamic system can each often be explained in quite straightforward terms. Some things are as simple as ABC. Or 1 + 1 = 2.

That said, 1 + 1 = 2 only makes sense if you know what numbers are, how they represent values, what the operator  ‘+’ means and you accept and understand the mathematical notion of equality. For many otherwise well-educated people, let alone the great unwashed, mathematics beyond a few very basic principles is a subject best avoided and for most of us, we run out of the language of numbers very quickly indeed. So why should we feel we understand the monstrous complexity of ‘the economy’ or are equipped to tackle the thorny issue of bankers’ bonuses or banks’ market share?

Given that the best economic brains on the planet are demonstrably unable to agree on a policy or to come up with genuinely accurate forecasts is it any wonder that approval of the validity of national fiscal plans are based not on dispassionate knowledge or experience but on the emotive and shifting sands of public opinion? Thus the idea of a banker on a million-pound salary gaining the same again in bonuses is political dynamite, but Wayne Rooney earning twenty times that amount is rarely the subject of Parliamentary debate. One of the things we elect a government to deal with is money. We just don't know enough to know what's good or bad or downright stupid, basing our trust and our vote on a vague sense of who might turn out to be least incompetent.

In recent weeks Labour have vomited out a whole series of economic pronouncements based on nothing so much as whether they chime with the electorate’s feelings of how things should be. Rent controls, land grabs, minimum wage levels, job guarantees, energy price caps… every one couched in terms such as “Labour will [insert name of impossible/undesirable to control function here] when we  get into power.“ Given their record to date the triumphal assumption of taking over the reins should send a chill down your spines. But it doesn’t, because people don’t understand; they really don’t.

Which is one reason why @RogTallBloke suggested yesterday that people should be taught economics in school. I agree. In fact, why wait for school? Here, in a nutshell are some of the very basics:

Of course, as Rog also pointed out, a totally free market economy wouldn’t work either; millions would starve. Poor people wouldn’t get healthcare. The Law would be the exclusive preserve of the wealthy. And some of those people currently parked on permanent benefits (because it’s actually cheaper than to try and employ them) would riot. So we have to have some government, else it would all get very messy indeed; it would be like Mad Max... or Tottenham. But given the record of government – any government – on almost anything it attempts to manipulate, we should be seeking the lightest touch necessary.

So just remember that everything and everybody has its price and everybody is for sale. That includes factory workers, builders, bankers, footballers, judges, politicians and senior policemen. If you want what they’ve got you have to pay the price and any attempt to alter how the market values something will have a knock-on effect somewhere else; pay a nurse more and somewhere along the line, Chaznée is getting evicted after taking out a Wonga loan for a boob job. 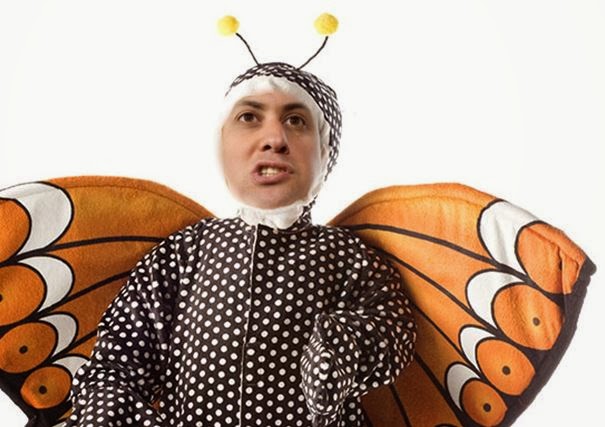 A little knowledge is a dangerous thing, they say, but every time a politician – any politician – says they propose to directly interfere with a market, you can at least ask yourself what could possibly go wrong and then watch events carefully. You’ll soon see how inevitably the law of unintended consequences leaps up to bite the arses of ministers rash enough to promise things they don’t properly understand. A butterfly flaps its wings in the Amazon… and in 2015 Ed Miliband sets out to bankrupt Britain. Again. If only we could splat that fucking butterfly!
Posted by Batsby at 06:07