Do androids dream of electric sheep? So mused Philip K. Dick in 1968. Writing in the Daily Mail yesterday Richard Littlejohn recalled the domestic privations of a similar period, when Shop Stewards stalked the land. This was a problem entirely of our own making; not the result of any invading force but a concerted attack on British people on British soil by British people. And by ‘our making’ I mean by politicians both in and out of Parliament. Back then the unions were all avowed Marxists; they weren’t coy about it, as they are today, because they genuinely saw the Soviet dream as a utopia to be emulated. In their eyes the ends of the cause were far more important than the means of the tiny people they would gleefully deprive of basic amenities. They knew better and eventually the proletariat would see it too… they thought.

It was an ugly time and it was largely due to weak Conservatives and a Labour Party afraid to confront their paymasters and bring the dogs to heel. I remember it clearly – it’s the backdrop to all of my schooldays - but I don’t believe I am scarred by it. It’s in the past, in the place where we keep all the stuff that didn’t kill us but made us stronger; made us the people we are. No, it wasn’t particularly nice but neither was it horrific. We weren’t tortured - for sure, many old people died for lack of heat or from being old (nothing new here) - but we accepted such normal occurrences back then. We just had to do the British thing and put up with it … A bit like dealing with that naughty Mr Hitler. But attack from the inside? This was sinister stuff, especially as the ones who wanted to destroy us from within supported the very ‘evil empire’ we were at cold war with. The sinister USSR, where they ate babies and everything!

We genuinely do have it easy these days and memories fade but the old ‘uns seem to cope so much better than the relatively pampered youth of the twenty-first century, having had to fend for themselves and go out to work from the age of fourteen or fifteen. In relative terms today’s kids are wealthy in comparison. You are supposed to be shaped by the events of your lives but too many people today experience virtually no actual events and have little contact with reality, viewing the world from the comfort of centrally heated, electronically connected homes and classrooms and receiving opinions fully formed from ‘the meeja’, who unrelentingly still blame ‘Fatchaa’ for everything.

Thus a 25 year old can be seen wearing a “Ding Dong the Witch is Dead” tee-shirt and ranting about how “Fatchaa destroyed this country” without any knowledge of who she was, what she stood for and with absolutely zero direct experience of the very real social ills she almost rid us of. Almost… before her own wets stabbed her in the back. You can’t be properly shaped unless you are presented with both sides of the argument and are suitably equipped ‘up top’ to understand the stakes.

Enter Nick Robinson and what was billed as a balanced presentation of the hitherto forbidden discussion of “The Truth about Immigration” which aired last night on BBC 2. I should have known – I was warned – but I watched it anyway. The first few minutes of introduction was beautifully ironic - a rosy-glowing, look-at-all-the-lovely-rainbow-people bit of fluffery, in which they came, we welcomed them, became ‘a nation of immigrants’ and we all got richer. I expected at any moment the sound of a stylus being dragged across the LP of soothing ‘world’ music to be abruptly replaced by thrash metal and grim black-and-white footage highlighting the tensions, the downsides, the cultural tragedies of many city communities. But no, the ‘introduction carried on and on… and we all got richer.

In fact we all got richer so many times during the irritatingly on-message ‘Ode to Immigration’ (How do I love thee? Let me count the ways you enrich me...) that by the end I felt an urge to go out and buy a yacht. And an island to moor it off. If you never went out of doors but gained your entire life experience electronically the message you were delivered, over and over again, was we needed immigration, without it we are sunk, that immigrants are all unremittingly lovely people and we need them, we need them, we need them… repeat after me. They are here to work for us and it is all good and anyway, we need them because we all get richer.

Once again Robinson brought up the cosy ‘national reliance on’ Polish plumbers, Estonian nannies, Lithuanian cleaners and those charming corner delicatessens without which British society would collapse forever. From where does he get this bilge? (Rhetorical question.) When he went to see the Roma in Sheffield, he only really saw what his on-message brief told him to see. A slight cultural anomaly, he shrugged and gave his trademark oily grin –wait, he seemed to imply, you’ll see, the delicatessens will surely follow. 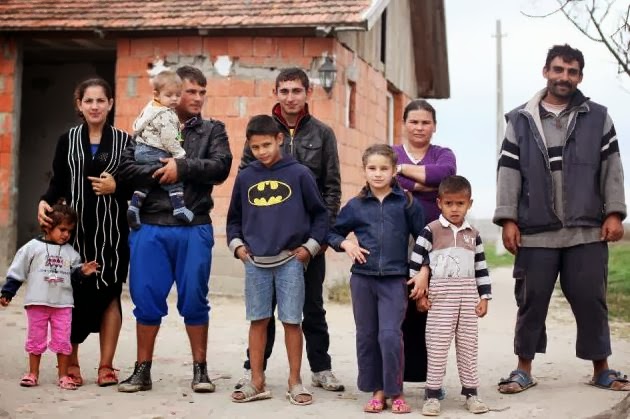 So, the ‘truth’ we were presented with was that we have no choice at all, but we are free to talk about it if we wish. Today’s pensioners have a life of work and struggle and triumph and failure to look back on and it has shaped their character. Their memories of choices and their outcomes appear in their dreams and all their dreams are different. But will tomorrow’s pensioners only dream as they are told, like electric sheep?


Coda:
If, as a result of all this 'essential' immigration I could retire, right now, to a mortgage-free pension of around the average wage, index-linked, I would be delighted. So how come that's not possible and in fact I will have to work for longer to receive a pittance? And how come we have a growing number of British-born youngsters who may never know a life beyond subsistence on meagre state handouts? If Nick Robinson's "we all get richer" mantra was the truth, indigenous Brits would all be living in palaces, lording it over the incoming workers who earned our living for us. Make up your own mind, but from where I'm standing it all looks like a crock.
Posted by Batsby at 07:58