I haven't written a blog to welcome in the new year. Partly because it's going to be just more of the same old shit, but mostly because I can't be bothered.

After all, if the police can't be bothered to go after the robbers and rapists while there are easier targets to be found among all of us nasty, comedy racists on Twitter... and if the leaders of this once proud nation can't be bothered to do anything other than award countless meaningless honours to wealthy sportsmen and women who have spent a few short years doing exactly what they wanted... and if schools can't be bothered to educate the offspring of the idle beyond a point at which they can make their mark on a welfare claim form... and if all the experts in the land can't be bothered for one moment to actually ask the 'real' experts - those who will have to live with their pronouncements - before they directly impact on policies concerning energy, medicine, transport, social cohesion, welfare, work, weather, war and whatever - then why should I bother writing a load of drivel to be read by hungover readers wondering whether they will have a job - or even a country - to return to once the festive dust has settled?

I must write more long sentences like that  - it was deeply satisfying. In the meantime, if you are missing my daily dishing out of the truth of life here on planet Earth, I suggest you pick up a copy of the best of the last two years' scribblings from HERE! 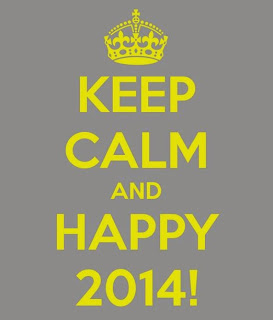