To Evade and Swerve

I can’t help but feel that Ed Miliband has bitten off the wrong end of the thin end of the sticky wicket with his latest gimcrack attempt to paint the Tories evil. As Lord Fink said, we all engage in tax avoidance, albeit of the vanilla variety, but heaven forfend we should dip our toes in the double chocolate Magnum of evasion. Evasion bad, avoidance every man’s right and every single time you don’t buy something sans-VAT you have avoided tax. Refuse to work and you avoid income tax for a lifetime – there’s half of Labour’s voter base insulted, right there. Didn’t think of that, did you, Gromit?

We are taxed from pillar to post, from dawn to dusk, from cradle to grave and beyond. Every breath you take consumes oxygen which, as soon as they work out how to meter it, will be taxed. Everything is taxed, everything, and much of the tax we pay goes to fund the resources to prise ever more from our selfish, grasping hands. How dare we want to keep as much as possible of what we earn? On top of the obvious things we also pay Television Tax, Airport Tax, Passport Tax, Driving Licence Tax, Prescription Tax and Road Tax, which reminds me of a recent incident near Dover…

Police and Customs officials were staking out the ferry terminal, trying desperately to not notice the constant stream of illegal immigrants spilling over tailgates and disappearing into the countryside and instead concentrating on tracking down contraband. It turned out to be surprisingly easy after the first few hundred and soon their real quarry, an ancient plain Ford Transit Luton box van drove past their vantage point. It was low on the suspension and lurched alarmingly on the corners but intelligence had it stuffed full of contraband.

A lone, unmarked car followed the van for a few miles, taking care to hang well back in order to coordinate and direct the rolling roadblock they had planned. Suddenly the car immediately in front of the police car began to slow down and weave from side to side. The van up ahead kept on moving and try as he might the pursuit car driver could not pass the weaving decoy car which soon came to a juddering, lurching halt, forcing both cars into a layby. As the van disappeared out of sight the copper angrily pulled on his cap and stormed out of the car to approach the driver.

“I’m sorry, officer, but I had to swerve or I'd have burst my tyres!" protested the driver.
"What do you mean?" demanded the policeman.
“Look!” The driver pointed back down the road. A tattered cardboard box lay some hundred yards back “That fell off a lorry that passed me and it scattered hardware in my path. If I hadn’t swerved and if you hadn’t followed me, we’d both have four flat tyres!”
The constable thought for a minute, then walked back a way and saw for himself the nails and screws, brackets and sharp-edged fixings scattered across the carriageway. He radioed for support and returned to the car driver, taking out his notebook as he went. 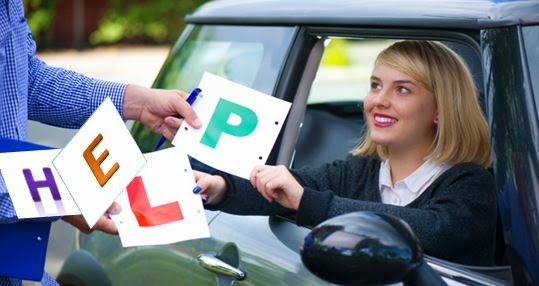 “Okay,” he said, “I accept that you had no option but to swerve, but I’m still going to arrest you. You do not have to say anything, but if you don’t mention now anythi…”
“What?” said the driver, “I had no choice; what can you possibly take me in for?”
The policeman sighed, took out his handcuffs and gestured for the man to hold out his hands. As he clamped on the restraints he looked steadily and sternly into the man's eyes and said “I am arresting you for tacks evasion.”
Posted by Batsby at 04:26