Another day, another episode in the oh-so-sensitive world of massive butt-hurt inhabited by today’s delicate little snowflakes at Safe Space University. This time it’s dear old empire builder Cecil Rhodes who is causing offence by, having died over a hundred years ago, leaving the towering legacy of actually having a country named after him. Maybe that’s what gets the goat of Ntokozo Qwabe the leader of the Rhodes must Fall campaign, although I wonder if you are allowed to actually have ‘leaders’ in the imaginary revolutionary world of the super-indulged.

People are pointing out the hypocrisy, or otherwise, of taking up a place essentially provided by Rhodes’ benefaction, especially as his financial legacy was deemed good enough for Saint Madiba. The Mandela-Rhodes Foundation helps students in poor black townships and maybe this is what has so irked ‘Nogozone’; it’s not unknown for escapees from the lands of poor potential to pull up the drawbridge behind them. Maybe this is the motivation behind Mugabe’s systematic destruction of opportunity for all who live in former Rhodesia? A primitive response from primitive minds does not surprise me at all.

Racist, you say? Mere observation, I reply – and it’s an observation that is hard to deny unless you inhabit the mindset of the purest snowflake whereby every white man in history is guilty of heinous wrongdoing which can only be absolved by massive financial reparation. And that reparation must be made retrospectively by every white man living today regardless of his own circumstances. The massive error made by those who indulge in such warped calculus – people who look like you did bad things to some people who look like me a long time ago – is simplistic in the extreme. To judge people of yesterday by the standards of today is ludicrous, especially when you don’t extend that same scrutiny and condemnation to those who today continue to indulge in medieval behaviour.

But, hey, never let it be said I’m not about equality and maybe Nokando’s mob should also be judged by 200-year old game-rules. Let’s assume he is just as his ancestors were; how would he like to be assessed – slave or cannibal? Or tribal warlord, ruthlessly slaying all who crossed his path? If we go back far enough I’m sure we can all find a common ancestor who was wronged by some other band of monkeys and hope that their line didn’t become extinct, so we can somehow hunt down their descendants and sue them for Neolithic land grabs. Where are these boundaries drawn and who draws them?

We can't erase all the bad from history, but isn’t that exactly what ISIS – by their own measure of acceptability - are attempting to do? The last remains of ancient cultures are being wiped from the record and when the world-wide islamic oppression comes to pass will a thousand years of the most civilisation there has ever been go the same way? The same civilisation which gives people like Qwabe the right to bitch and moan like a slapped brat - what does he think will happen to the statues of Yasmin Alibhai-Brown and Diane Abbott when the caliph comes? 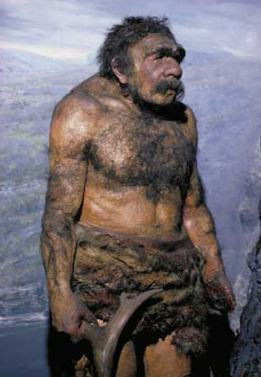 Many have warned of all this. George Orwell made it his most lasting legacy; Winston Smith’s job was to alter history to fit the narrative of today. But students are naïve and have only a part-formed understanding of how humans function. It is the grown adults of academia who are considering bowing to the pressure who have a duty to stand firm. Quite why they are even considering caving in is something of a mystery; deploying the academic method, if you discount some weird white collective guilt-trip, reparative bullshit, then sheer fucking stupidity seems the most likely reason. The old adage springs to mind that sometimes it is better to remain silent and be thought stupid, than to speak out and prove it.