The clash of cultures is a scenario played out over millennia, as visions of society compete for space and legislation and control. At times the balance is even, with compromises that suit all parties. At other times irreconcilable differences serve to heighten tensions and foment unrest. Across Europe such times are clearly upon us and no matter how much the bizarre loyalties of left-leaning commentators compel them to downplay the conflicts, those conflicts nevertheless exist and a resolution must be found by one means or another.

Across the Atlantic the same forces of misguided liberalism have sought to put Donald Trump’s pronouncements at arm’s length from the policy makers, but undoubtedly feelings are running high. Everybody has their own experience, direct or vicarious, of the changes that are happening all around. One such moment of experience occurred just a short while ago at Bert Mooney Airport in Montana. A few miles southeast of Butte this provincial hub in Silver Bow County was experiencing one of those hot prairie days...

A Montana cowboy, a Native American and a muslim student were waiting for their flights in the departure lounge. The wind outside blew tumbleweeds around and the old sun-bleached windsock was flapping listlessly under a bright, big, Montana summer sky. The airfield was devoid of activity as the three sat and continued their vigil, each wrapped in their own thoughts.

The cowboy looked at the other two, then leaned back in his chair, crossed his boots on a magazine table, chewed on a toothpick and tipped his old, sweat-stained Stetson over his face. After a short while the Native American cleared his throat and softly spoke, to nobody in particular. “Once, there were many of us here. The Blackfoot, Crow and Northern Cheyenne Indians and my own tribe, the Spokane. We lived in harmony with each other and moved to follow the buffalo herds. At one time here, my people were many, but sadly, now we are but few."

The muslim student raised an eyebrow and leaned forward to reply. His voice betrayed a sneer as he said "Once, my people here were few, but now we are many and growing in number, insha’allah. Soon, we will make the laws and change the land.” The arrogance in his voice strengthened as he asked “why do you suppose that is?" 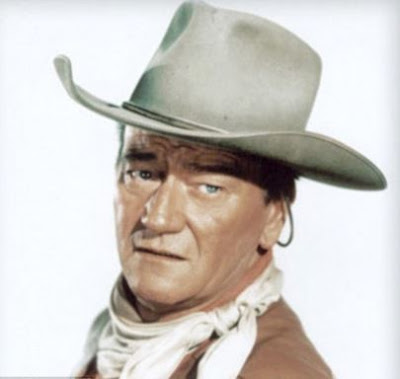 Wanna step outside and say that?

From under the brim of the Stetson came a low growl, as the cowboy shifted his toothpick to one side of his mouth, and without otherwise moving, said in a measured drawl: "Well, Abdul, that's jest ‘cause we ain't got around to playing cowboys & muslims yet."
Posted by Batsby at 10:04