I’ve long regarded hatred as a pointless emotion; wasteful of time and energy and blinding its practitioners to reason and negotiation. I see its progenitor, anger, as little better; a brief flaring of antipathy is a normal reaction to unwanted provocation, but full-blown anger seems to me to be a somewhat juvenile way of approaching the world. President Putin appears to be an angry man, lashing out at people who could be his allies and attracting all the wrong sort of reaction from others.

Sadly, anger is in no short supply and as fuses shorten, the sparks that threaten to ignite those fuses are flashing as if to a beat. Flash! There goes the apartment block. Flash! There goes the nuclear power plant. These acts of aggression appear to be fuelled not by any grand strategic plan, as Putin has just claimed, but by simple rage. Meanwhile, we in the west have little to be smug about. The world appears, more and more, to run on a heady mixture of anger, propagated from a growing list of grievances. Race, class, gender, you name it, somebody is very angry about it.

None more so than the EU Remain camp, still smarting seven years on from a referendum result they still cannot comprehend. Impervious to rational thought, every setback, every bump in the road, every perceived hiccough is directly attributable to the hated Brexit. The Brexit that is now directly attributable in their analysis to Bad Vlad. Even the fact that we could act more decisively and quicker than it took the EU to assemble some agreement is now, somehow, making them angry.

Give us one tangible benefit, they insist, and then, when event after event shows that the regaining of our sovereignty (albeit incomplete, as yet) has indeed restored a level of autonomy, they get angry. Angry about Brexit itself, angry about every supply chain let down, angry that we no longer get to have a purely cosmetic vote on EU matters. But even angrier when we manage to do something laudable outside the bloc. There really can be no pleasing these people.

And by these people, you know who I mean. Angry old deadbeats such as Anna Soubry, Dominic Grieve, Gina Miller, Andrew Adonis, Michael Heseltine, Femi-fucking-Mr-Potato-Head-Oluwole, Ken Clarke, Alistair Campbell and the laughable self-parody that is James O’Brien. All they ever do is ball their fists and stamp their feet, like small children denied treats. Like teenagers grounded, they thrash about, red in the face, pointing and pontificating and allowing their anger to boil over into true hatred.

These are not rational actors. And as post-Brexit Britain gets on with business, calmly calculating the best responses, engaging with the enemy and embracing friends across the world, all the Angry Brigade can do is spit and spout and vilify. Some of them flash up and lash out at the mere thought of Boris Johnson; the man could single-handedly bring about a ceasefire in Ukraine and they would still loathe him for doing it outside the EU. 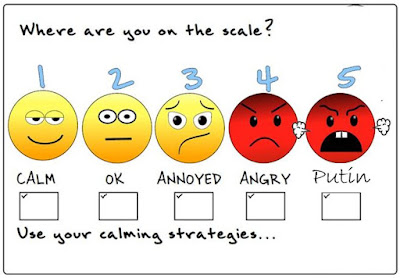 And what this means for the rest of us, the normal majority who sit back and listen when we are not simply going about our business, is that instead of getting news and balanced views, instead of getting rational analysis of world affairs, we get invective. It is little wonder that people turn to social media for their news when the very people charged with doing it professionally are so fuelled by anger that they can’t see straight.

Don’t you just hate that?