The media is positively luxuriating in its bunker mentality. Tweeting from the trenches on the frozen streets of where they are now calling ‘Keev’ and pontificating like drunken football fans arguing about the refereeing, they have conveniently overlooked the war being waged not only on our doorsteps but right inside our houses. The conflict between heating and eating, a miserable pair of mutually exclusive options formerly only inflicted on ‘the poor’ is now pushing ahead on all fronts.

Fuel for driving has increased by over 50% in the last year. Fuel for heating and cooking is right behind it, with gas being the more obvious contender but electricity – already the most costly energy - ready to double, maybe triple in price. We put up with it, cutting back on ‘luxury’ treats such as medication and so forth, up to a point. But soon the cost of even getting to work may make work itself uneconomic for a very large number of people. And all the while the headlines lie to us about how very much cheaper so-called renewables are.

It all depends on who you read and where you go to listen to your news, but it is surely undeniable that the push for the impossibility of Net Zero is coming from those who do not have to face the economic realities. Smug accounts of ‘well, I have a solar array and a power wall and my bills have come down enormously’ and ‘with my eco set-up, I am virtually off-grid’ totally ignore the plain truth that most of us, even had we the roofs or the land to install such glittery, new-age tech, simply can’t afford it. 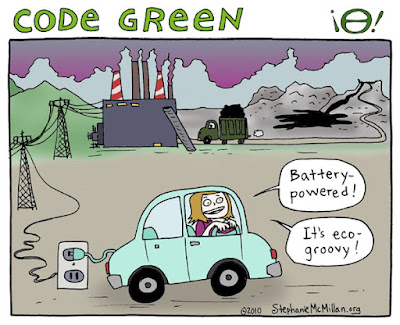 The true cost of Net Zero

You can probably install a quite decent 5 kW array and a basic battery storage system for under £20k these days. But who has £20k to spend, especially if your monthly fuel bill lands you in the red? And what are you really getting? Those doing the bragging quite often got in on the now defunct government feed-in tariff which actually paid you three times the retail price for every unit you generated (no wonder they stopped it so abruptly) and have reason to be smug. But if you are not so compensated, how do the numbers stack up?

According to Ofgem, the average household in the UK has 2.4 people living in it, and uses 2,900 kWh of electricity and 12,000 kWh of gas respectively. That’s around 15,000 kWh of energy a year, or around 40 kWh per day. Your 5 kW (peak) system is only at best around 20% of that, which is 1 kW (not enough to boil a standard kettle, used directly). Multiply that by 8 hours of good light in a day (not winter, obviously) and you could produce 8 kWh, or a fifth of your needs.

So, if your combined electricity and gas bill is around £200 a month, you could save around £40 a month if you invest £20k now, which investment will pay for itself in in a mere 500 months, or a bit over 40 years… which is twice as long as such a system is designed to last. Of course, other figures are available and this is a fag-packet estimate for an all-electric future. And there absolutely will be low energy users who could benefit hugely. But few of them are you or me.

So the recent news that the government has admitted it has no idea what Net Zero will cost will come as no surprise to many. (Links here and here) We knew, all along, that we had no coherent energy policy, and the war in Ukraine has shown how fragile is the reliance on Russian gas (itself a policy to make the EU appear greener by offshoring their emissions). We are sheep, led by other fleecier sheep, themselves fleeced by the special interest lobbies and acting against our joint interests. For those who insist on believing in deep state collision, the most apt phrase which springs to mind involves a piss up in a brewery.