Putin on the Blitz

If the first victim of war is the truth, the Ukraine adventure must surely stand as an exemplar of that pithy maxim. Suddenly, all the Covid experts, the 5G conspiracists, the media and the general commentariat have become authorities on warfare, espionage, logistics and the inner workings of Vladimir Putin’s mind. I know we are hungry for information but are we so desperate that we consume the packaging rather than the comestibles and can’t discern the difference?

The last couple of years have really given me food for thought, especially about thought itself. Rather than the rich nourishment of haute cuisine I have learned that the teeming herds of data-grazing humans would rather ruminate on a constant diet of nutrient-free tabloid pap, highly processed and filled with fizzing sugars, than savour the more subtle, protein-rich steak which is expensive to buy and takes a little more effort to digest.

Enough of the lazy metaphor, let’s get down to business. Within minutes of the Russian advance the usual suspects were trotting out their pet theories about Brexit. So far I have seen articles and comments linking Putin to the overthrow of the EU since the day he came into power. Apparently, he ‘owns’ the Tory Party, pulls Tony Blair’s strings and was entirely responsible for Nigel Farage’s spectacular feat of bringing about our departure from that sclerotic Brussels cabal. Why, even the Prime Minister’s own name – Boris – betrays a sinister, subliminal Russophilia.

Give people like Carole Cadwalladr the tiniest opportunity and she can link everything back to Cambridge Analytica. Global warming, global cooling, oligarchy, autocracy, the subversion of democracy... whatever the current consensus, for her it all connects. Gender dysphoria, cancel culture, anything you like, there is nothing she can’t shoehorn into the plot. Me, I can’t wait for the movie; a summer blockbuster of brave, mild-mannered Clark Kents fighting globalist superpowers.

But we’re not in a movie, we are in the mundane. For every phenomenon that may have been deliberately constructed there are a thousand far more ordinary happenstances. In the same way that planned economies tend to fail, grand societal experiments are doomed to fall against the combined might of everyday people making everyday decisions. Sure, you bought the sugary cereal because your kids saw the commercial, but you wouldn’t keep buying it if the kids didn’t like it.

The demand for prurience seems coded into the DNA of humans. Don’t tell us the boring story of how we lurch indecisively from one fad to another. Instead tell us how we were manipulated, against our will to act against our own interests. Whenever I hear tales of great cunning, I try to remember that humans are ultimately motivated by the primal urges which ensured our species' survival: eat, fight, flight or fuck.

I have seen a couple of stage hypnotists. I’m not convinced at all. In the more scrutinised world of clinical psychology, hypnosis is recognised as a pretty much hit and miss affair and you can’t be hypnotised if you don’t want to be. But in the heat of battle – and the world of information is a constant battle for your attention – it is easy to get caught up in it all and be seduced by shiny, contrived plots instead of the dull action and reaction of boring reality. 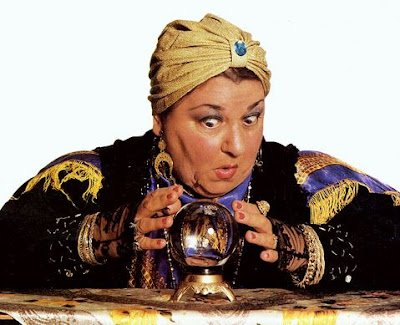 I have no idea what is going on in Ukraine. I certainly have no idea what Putin is thinking and I’m not sure I even care about that detail. What exercises me far more is the sudden hike in energy prices, the plethora of competing theories on the way the world works, and the absence of any unifying thesis regarding how we get back on track, if indeed there is a track. You can bang on about the World Economic Forum and the New World Order all you like; all I see are the normal human tendencies to seek profit where one can, and to see collusion where there is really only chaos.