The ‘meeja’ has been falling over itself to publish bad puns about the impending ‘Greek tragedy’ and the open hostility displayed by the massed ranks of the EU’s bully boys. They want to punish Greece whichever way the referendum goes. Me? If it isn’t already abundantly clear, I want fair Hellene to stand up for itself and vote no. Not no to further austerity because it really has no choice, but no to forever being in the pocket of a class of bureaucrats who have a lust for power that really must be curtailed. If Greece falls to Brussels it sends the message that Euro-power is omnipotent.

I’ve only been to Greece once; a sailing holiday way back in 1980 and I was charmed by the simple rusticity and dazzling light. Everybody seemed to smile and the pace of life was admirably leisurely. Why would you want to trade that for mere material riches when the price is to sell your descendants into the treadmill existence of trading on the global stage for the enrichment of a very few? The EU project, if it ever had such a mission, has long forgotten its aims of peace in Europe. Instead it is all about power, and controlling a half-billion population is how it exercises that power.

As the hours tick away people are hyping up the hypotheticals; what if, what if? What if Greece just took a holiday from the Euro? Seriously, there are suggestions that people be paid in IOUs, acceptable by business to buy goods and services. They argue that this way, the population can still trade among themselves, sort out their day-to-day needs and then re-enter the Euro when the waters are calmer. Maybe it’s just me but if an IOU can become currency, so can the Drachma. And if this non-Euro money is the way to salvation, what reason would they have to use it for recovery and then return to the ruinous common currency; who wants to be common?

It’s as if the bankers have forgotten that humanity survived before money and it is quite possible that satisfactory lives may be lived without it. In fact Greece could become pioneers for new ways of organising how money is used. And here’s a novel idea; how about everybody starts to live within their means? After all, if you only spend what you earn, you don’t run up debts. If you have no debts the banks become mere safe depositories. And if you teach your kids not to desire what they can’t afford who knows, being thrifty might once again become the new normal.

Much has been said about how true socialism has never been tried. Maybe that’s because it has only ever been tried in populations crushed under the boot of industry and the daily grind, with rich pickings for those who controlled the economy. But how about getting all hippy on the IMF’s ass and going full commune? Seriously, if nobody is getting paid and there is bugger all else to do, why not get the 25% unemployed working for their keep and pay for it by smiling once more at the lovely tourists who will stuff their pockets with cash, if only as a way of sticking two fingers up to the EU? 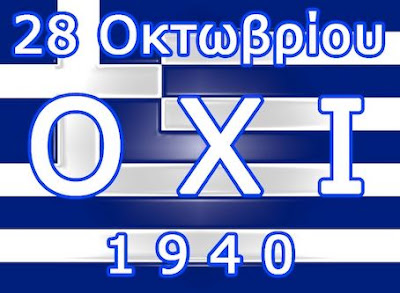 They say money can’t buy you happiness and you can’t take it with you. What are the creditors actually going to do, short of sending in the jackboots and revealing the true ideology behind Euroland? Remember the sayings ‘it’s only money’ and ‘easy come, easy go’? Let’s add to that ‘fuck the EU!’ Come on Greece, show us the way out of this mess. 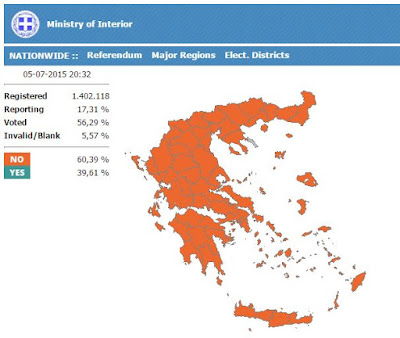