Casting himself as a white, messianic Mandela, or maybe a milky Mao, David Cameron’s New Year message promises a ‘long walk to a Greater Britain', when what he really means is a short walk into the deadly embrace of the EU. The future of Britain’s relationship with Europe and the future of Britishness, about to be drowned by uncontrollable immigration, are not even on the table. In his devotion to throwing away the key to the Euro-shackles Cameron has finally ascended the coveted throne and become heir to Blair.

His declared aims are to tackle poverty, extremism, housing and social mobility, none of which will change significantly without the heavy hand of state, backed up by a force he does not command. Necessary to the successful completion of the EU project is a faceless Euro-Army and the British armed forces have been run down for decades. Ironic, because rebuilding our army, navy and air force would help solve poverty, housing and social mobility at a stroke. Oh, except we would have to begin educating people again; if our youngsters can’t compete with itinerant unskilled foreign Labour the forces simply won’t want them.

But how in the name of hell is he ever going to tackle extremism? Before you can fight the enemy you have to name it and so far it is a creed that extremism has ‘nothing to do with’ the enemy that none in government will name. Why? Apart from a political class in cahoots and certain immediately recognisable (I’ll come to that) agenda-driven sectors of the population the people most adversely affected by the overwhelming numbers of inappropriate new neighbours are those who are already the most vulnerable to poverty. The people nobody consulted before planting mosques in their midst.

Immediately recognisable? It can’t come as much of a surprise that those ‘social justice warriors’ who espouse equality for all (at the ironic expense of poor white folk, naturally) also swallow wholesale the guilt-ridden climate change project. They will be ‘anti-Zionist’ and ‘anti-fascist’, believe without question that ethnic culture trumps the indigenous and deny, in the face of all the evidence, that muslim ghettoes exist. They’ll be against hunting, the monarchy, the imposition of gender identity and they will absolutely champion the rights of the offended to never be offended by demanding – much as does islam – that free speech be captured and caged.

They will demand votes for people barely capable of walking erect and shout down anybody who disagrees with them. They will call you racist and bigot and any kind of ‘made-up-o-phobe’, in the belief that making you a pariah will cancel out your reasoned argument or rational fears. They may well also be vegans, Stop The War protesters, Occupy clones in Guy Fawkes masks and have jobs in the diversity industry or ‘the media’. They will certainly have a tinge of the green about them. You do seem to get the whole package; all or nothing. They call it 'progressive' to conceal the reality that they want to reverse progress. 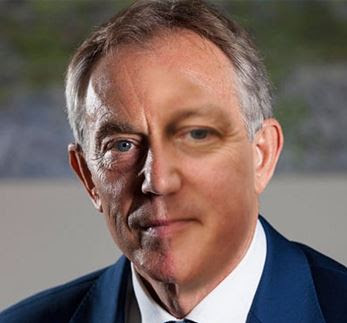 Tony Cameron - a man for our times

But the question still remains: Why? Why would you wish for the death of your own identity? Why would you want to reduce economic and physical security, personal freedoms and tolerance of all views, even if you do disagree? Why would you persist in aiding the enemy in this time of war? When it so obvious that all you have done is create deeper divisions in society, leading to segregation, enmity and fear, why do you carry on without question? We used to have a name for those who betrayed our sovereignty and safety, but we’re probably not even allowed to say traitor any more.
Posted by Batsby at 05:20