Welcome to another edition of The World Has Gone Utterly Mad. We often bemoan the rarity of a certain valuable human quality. No, not mercy, we have bags of that stuff; we have mercy coming out of our ears; its quality is not strained at all in comparison with the quality, or quantity of common sense. It is often said that such sense is as common as rocking horse shit. Given that a recent study found that 7% of graduates could not read a fuel gauge properly and 3.4% of them struggled to understand medicine labels it’s hardly surprising. In fact I imagine a good percentage of them don’t really understand the concept of percentages.

Education, education, oh I give up; what’s the point? In a statement neatly capturing the bleeding obvious, the Organisation for Economic Co-operation and Development (OECD) said an undergraduate degree was too expensive and unsuitable for people with poor literacy and numeracy. No shit, Sherlock? Hmm, I wonder who the government could have asked who could have told them that their logic in herding all the sheep into the degree pens was fundamentally flawed. Oh, that’s right, everybody who had nothing to gain by telling the truth.

You don’t ask the wolf to come to dinner, so why would you trust ‘educationalists’ to offer ‘solutions’ for non-problems which would hugely benefit their industry? It’s like asking the opinion of a door-knocking Pikey about whether your drive needs Tarmacking or your roof needs fixing. We are short of builders not because our young are too busy building business empires but because when they deign to get out of bed at all their soft, white, graduate hands are ‘too good’ for simple honest hard graft.

We can’t employ our own young because they are not up to it – at least that is the excuse often trotted out – so we import others to do it instead. All those years in education but what do they have to show for it? Possessing poor social skills, under-developed working skills and, as this report shows, as thick as mince, we have coddled the minds of a whole generation with the connivance of politicians and effectively rendered them unemployable. So what a brilliant idea it is to consider consigning paper rounds and holiday jobs to history as well; cut off the development of that work ethic at every turn. 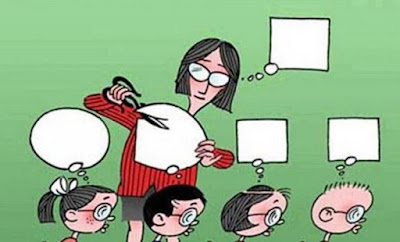 This latest interference from Brussels comes as people of my generation stare aghast at the inanities pouring from the open mouths of the establishment gargoyles around David Cameron’s supposed renegotiation of our relationship with the EU. Social engineering might be a good thing if it produced, you know, engineers, but all it ever seems to do is weaken resolve, blur boundaries, create yet more dependency, criminalise more of us for plain speaking and cost ever more opportunities for generating real wealth. Sure, your precious offspring might become human rights lawyers, or gender identity councillors, or race relations advisors... but who is going to pay for all that do goody good bullshit?
Posted by Batsby at 05:41