The time to choose...

Well, there are twenty varieties of shit going on out there in the big, wide world; it’s a scary place. On the one hand we have the latest ISIS execution video and Iran standing up to Saudi, with the potential to unleash global holy war, with proper weapons. On the other we have the leftist media in the USA and Europe going batshit mental over the Oregon siege, desperate to equate a dozen guys holed up in a non-violent occupation of a government building as equivalent to documented beheadings, burning, crucifixions, hangings and rapid descent from tall buildings. See? - they say - white men are just as bad!

Just what is going wrong out there? What makes otherwise intelligent (always a subjective assessment) people turn on their own? Some of your young (fuck-all to do with me, I’ve never spawned) are actively engaged in promoting the end of the white race and will endure any amount of cognitive dissonance to bring it about. How they must hate their despicable hard-working, thrifty, decent and responsible parents. I ask again, what has to happen to your mind to turn against the culture that created you and vocally support any cause, however deranged, that threatens to destroy it?

Less overtly lethal is our dangerous liaison with Europe’s unelected ruling elite, although many will die as a result of the EU’s self-inflicted cultural suicide. At the heart of the project is a desire to end nation states and create the multicultural caliphate – islam WILL dominate unless it is stopped and the only ‘multicultural’ option for white Europids will be to convert or die, quite possibly before our normal expiry date. Naturally, continued subjugation by Brussels is the preferred option for our deranged, self-loathing ‘progressives’.

Europe is trouble and the EU is trouble formalised and enforced. I have seen nothing in our uneasy forty-year dalliance to suggest that remaining in the wretched consortium will ever be anything but uncomfortable for us. We are one among many, with rules befitting interlocking, borderless, demoralised administrations, not a free-thinking independent island with its own identity. Keir Starmer has now waded in to say leaving is dangerous; yet another voice from the ever duplicitous New Labour con team which makes me ask why. No matter the rhetoric from Westminster the ‘remain’ camp wants the same outcome as all those unpatriotic, unwashed, idle, rent-seeking, radically vegan, hippy, socialist, eco-fascist, islamophile, hunt saboteurs – they want to embrace mediocrity and all it brings.

Fight back. Outside the EU we can not only survive but thrive and on our own terms. We can build vacuum cleaners, kettles and other appliances with enough power to actually do the job. We could decide our own energy policy and rebuild our national grid within the budget we have and not by giving billions to overseas cartels to erect unreliable wind farms. We could decide how to deal with flood prevention and flood defences unhindered by diktat from strangers. Our sea anglers could legally catch and take as many bass as they wish. Hell, we could even sell bent bananas if we so wished, or buy cheap garlic from China. Or - and this is radical - decide who enters our country. 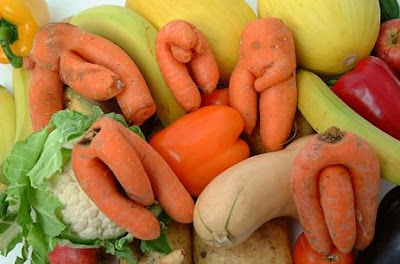 The EU produces new directives, regulations, edicts, and actual laws every day, sometimes by the score and often with little opportunity for debate. In the past we had so-called butter mountains and wine lakes as a result. Farmers are paid for simply existing, while others are unable to allow the market to guide their production. EU ‘scientists’ recently claimed there was no proof drinking water helped with dehydration. Our own legislature is perfectly capable of dreaming up legislation which costs a fortune and achieves nothing, but at least we could have a debate about it in Parliament. The time is coming to pick sides. I have always known which side is the right side, do you?

Email ThisBlogThis!Share to TwitterShare to FacebookShare to Pinterest
Labels: #Brexit, EU Referendum, ISIS and the EU