Are you a proud parent? Were you there for all their rites of passage, supporting, lending a hand, lending an ear, lending a shoulder to cry on and occasionally daring to dish out advice? Do you want the best for your kids? Did you encourage their dreams? Did you tell them they could do whatever they put their mind to and that if they work hard they will succeed in realising their ambitions? You did good then... well done you.

If you’ve done your job right you have bright, eager, young, energetic offspring straining at the leash to embark on whatever comes next. College, university, apprenticeship, or straight into the workplace – secure in the knowledge that the world is now their oyster. You look forward to sharing all their future successes; seeing them try and stumble, get up and have another go and eventually hurdling all their obstacles and having the best life they possibly could.

But imagine if you now had to tell your child that the fun is already over; the career she chooses when she leaves school is all there is. That’s it; the way it is now will be how it remains until retirement. Steady, yes, but not exciting. Progress, yes, but only according to a pre-set plan. And if the industry they choose should go into decline they can look forward to little more than a life on redundancy pay followed by state benefits. Would anybody now go into coal, steel or Betamax development?

The choice she makes today will have to hold good for a lifetime. Where’s the incentive to try harder? Where is the excitement at changing careers, pursuing a vocation, trying something new? Getting stuck in a rut from which you can’t escape is the province of the old and worn out, the hopeless and uninspired. The same old groundhog day until it’s all over; it’s the fate we all hope to escape. Welcome to Britain’s prospects in the Europe Union.

We already know exactly what it is like being in the EU. Since 1973 not a year has gone by without us bemoaning our lot, sitting here in our rut. Butter mountains, wine lakes, distorted markets, French farmers, straight bananas, metric martyrs, etc, etc, etc... The same old shit, day after day after day with no prospect of fulfilling the persistent call for a wholesale realignment of our relationship with it. Sitting on the ‘top table’ of the EU brings us no influence of any significance; it just means that along with a small number of ‘rich’ countries we get to pay to subsidise the rest. It’s like paying to be a member of an exclusive golf club that is then forced to let the unemployed play free of charge while we’re at work. 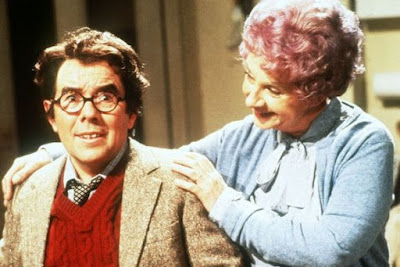 Time to cut those apron strings!

Staying in the EU is driving down the road to nowhere, but life on the outside, that is the high road to adventure, untold possibilities, sky-high prospects and no artificial imposition of restrictions designed to dampen competition and aspiration. No gravy train for the yes-men, but everything up for grabs, for all who have the will. The case for leaving is the optimistic voice, while the case for remaining hinges on scaring you into believing that all the EU gives us will be lost. Stay in, though, and you perpetuate the political dynasties of greedy pigs like the Kinnocks, grunting at the trough we continually top up. Britons travelled and worked across Europe and the rest of the globe long before the EU was even conceived; that won’t change. So what, we may have to show a passport? At least it will be a British one.