Why do I write a blog? Maybe it’s because I’ve been faffing about for years trying to write a bloody novel and haven’t the patience for the longer form. Maybe it’s because in all my life I have never found the physical forum to have the kind of conversation I imagine might be possible if everybody was on my wavelength. Or maybe it’s because, apart from comments which I can moderate, I have full editorial and engagement control. Why argue when I can just block and go? (Actually, I rarely block; it’s funnier watching them rant away.)

Picking a topic is usually the easiest thing to do as I always listen to Radio 4 on my journey to and from work and there is usually plenty to bang on about; politics, money, politics, ‘studies show’ reports, politics, climate science, the energy debate and more politics. Actually it’s all politics, really isn’t it? In the absence of verifiable hard facts that everybody can understand the great debates of the day are reduced to soundbites promoting partisan positions. The big deal right now is, of course, the referendum on Britain’s membership of the EU and oh what a load of politics it is.

How in the world is anybody just looking for simple clarity going to get answers to the very real questions and concerns they have about such issues? The Remain campaign is very openly threatening Tory MPs if they dare to challenge the ‘official’ line and smearing the dissenters at every press briefing and leak. But the Leavers are hardly covering themselves in glory, with internecine squabbling and power plays forever derailing the coherent message of hope they want to spread.

It’s the same with climate change; if somebody with impeccable scientific credentials tells you it’s for real you will be inclined to believe. But when somebody equally august tells you not only that it isn’t happening but that the first bloke was paid to deliver his message and backs it up with examples of influential decision-makers in the thrall of big oil, big solar, big wind, with statements that later turn out to be 'out of context', how are you to separate fact from fiction?

It’s to be hoped that social media, like Twitter, allows on-the-spot reports of actual events, but even then it depends what you are being shown, who is showing you it and as ever, who is paying for it. We should always ask ourselves who stands to gain, but then again, how do you do that if you have neither the raw data nor the means to analyse them? All we can do is pass everything through the prism of our own experience and prejudices and come up with a ‘truth’ we can be happy with. 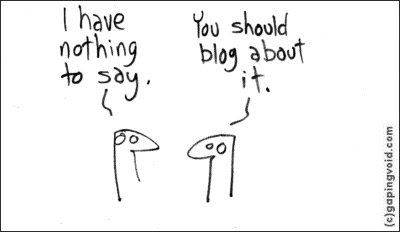 But don’t worry, help is at hand and here’s the science bit: I use Occam’s Razor – scientifically proven to be the very best analytical razor money can’t buy. Try it you’ll like it It’s so simple even a Labour supporter could do it! But here’s the best bit – if you are not absolutely satisfied we will refund every penny, no quibble. Or was I paid to say that?
Posted by Batsby at 05:16

Email ThisBlogThis!Share to TwitterShare to FacebookShare to Pinterest
Labels: blogging, on writing, why do it?