So, we were all wrong. Or at least most of us were wrong. Professional commentators, political analysts the guys in 'the city' betting the farm on the outcomes... practically everybody except Janet Daley.

Now the election is over and with a slim Conservative majority we can let the fun begin. If it all goes right, hopefully a whole new generation can have the opportunity to grow up without ever knowing the possibility of living an entire life on welfare. Get back to work and let the welfare budget help those who genuinely need it rather than using it to retain a client vote. It's the best of all outcomes, so I hope DC and his crew don't just piss it away.

Strike while the iron's hot and start slashing those public service budgets. Get those sleeves rolled up and forget about running a five-year election campaign and instead let's dig out the rot from the NHS, education and government itself. Properly fund what needs to be funded and restore a sense of purposeful action, rather than the helplessness and re-action that has typified the state for twenty years or more.

I'm serious; we probably have this one chance to restore the country to rude health and start to educate-out the entitlement culture. Ed Miliband has already begun the 'nasty party' narrative with his resignation speech and the cudgels will be taken up by all his flag-bearers. But fuck the lot of them; start as we mean to go on and let's rebuild the country on the back of some proper hard graft and re-instill that long forgotten work ethic. 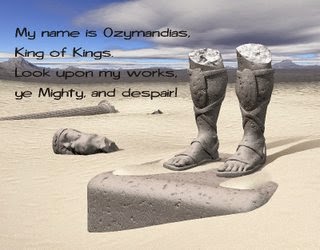 Remember folks, the harder you all work the more secure my pension will be. And look sharp about it - nothing lasts for ever.
Posted by Batsby at 12:39