Appropriately enough on Eurovision Day, the campest day of the television calendar, Ireland voted in favour of gay marriage. This affects me not one little bit; I genuinely do not care who stuffs what parts of themselves up whatever parts of their partners they wish, how often or how vigorously. There are far more egregious physical practices engaged in within the heterosexual world than to be upset over buggery. But what gets me is the scale of the celebration. I genuinely don’t get it (yes, euphemism).


I have absolutely no issue whatsoever with the concept of committed partners entering into legally recognised contractual pairings of the sort practised between men and women for centuries. It’s the urgency and the vehemence, I think, that I find slightly odd. At a time when fewer and fewer male/female couples can be arsed (yes, euphemism) to plight their troth/s, opting for a generally more liberalised arrangement, doesn’t it strike you as strange that a sector of society seen as extra-liberalised should want to adopt the bondage of a former age? ‘Till death us do part’ is somewhat at odds with the notoriously free coupling associated with some elements of the homosexual population.

I don’t care for the ‘cultural Marxist’ objections that making a formerly illegal practice legal is tantamount to making it compulsory. I’m not that engaged by the ‘what’s normal’ argument for inclusion of same-sex relationships in sex-education for children. I no longer understand what ‘normal’ means because it certainly doesn’t mean ‘majority’ behaviours, inclinations or allegiances any more, rather ‘normal’ means that whatever you want to do must now be accepted by everybody, regardless of their own sensitivities… by law.

Again, I have no objections, I merely offer observations and my observation is that we live in extraordinary times when a tiny but vocal minority - for don’t be fooled, it IS a tiny minority - can achieve by sheer clamour and persistence what years of less obtrusive campaigning might never do. The moral of the story is clear; if you want it badly enough and shout about it loudly enough for long enough you will eventually gain the sympathy and support of people for whom it actually makes no difference whatsoever. Look at the polling numbers; at least ten times as many non same-sexers must have voted for their cause than did the LGBT community themselves. That or else Ireland is the gay epicentre of the planet. 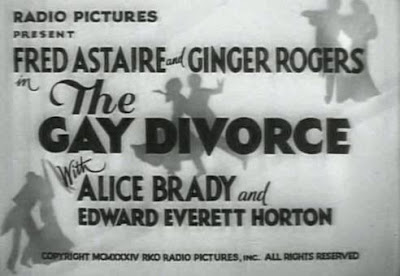 There is a precedent for happy separation

Meanwhile it’s ‘nul points’ for the UK once again in Eurovision; they really don’t like us very much, do they? So why not take a leaf out of the book of gay and get everybody on our side? The ‘OUT’ campaign for the EU Referendum needs to look like an oppressed minority and stage demonstration after demonstration to illustrate how badly done to we are within the European community; how we are cast as pariahs and ignored as irrelevant oddballs. If we seriously want a chance of exiting from this loveless marriage we need to continually ram it down the throats (yes… again) of those who want everything to just stay the same.
Posted by Batsby at 07:02