After a week of political fuckwittery par excellence – The Miliband/Russell Brand farce, after which Brand told his supporters to vote Green. Danny Alexander revealing the shocking ‘nasty Tory’ ploy to axe child benefit which was then revealed to be his own study, which he denounced as evil… and then a massive number of voters came out in favour of. Latest polls suggesting the only political party in Scotland after polling day will be the SNP, so why don’t they just declare unilateral independence anyway? – it is nice to be able to sit back and quaff a goblet of mead and laugh at the absurdity of it all.

I say mead, but these days the flagon that cheers and the haunch of venison in the banqueting hall take a back seat to a good value New World red wine and 'a bit of a sit' in front of the telly. Granddad would be horrified. After the war and after a few ventures in the world of duck farming and running a now long ago demolished pub in North Yorkshire he went into trade as a manager for Joseph Winterschladen a northeast wine importer, back when ‘fane wanes’ were very much a treat for the gentry and what we used to call the up-and-coming.

On occasion he found himself on buying trips abroad and being a bit of a connoisseur and bon vivant, fancying himself as something of an expert, was always on the lookout for the new label that might make his fortune. He travelled in Europe, buying from the larger vineyards but ever ready for the new experience; that taste of something different. He had mixed results, but one trip he never forgot was his first venture into rural – very rural – Spain in search of a palatable new addition to the company cellar.

After a long, hard day, driving down decrepit, rutted tracks to decaying old family vineyards, only to taste the dull, dusty bottles of uninspiring, unsophisticated rustic fare he was desperate to end the day on a high. And so it was, as the sun slipped towards the horizon he got wind of a famed local tipple, named only after the humble farmer and known locally as José’s special brew. This he must taste, he decided and set off to track down what may prove to be the making of his reputation.

José was only too ready to accommodate the distinguished gentleman from England – way back then, much of Spain was unspoilt by the embrace of the twentieth century – and the whole family gathered round as Granddad settled himself in a chair by a gigantic old barrel of the famed elixir. He took out one of his special tasting glasses and siphoned off a measure. Holding it up to the light he scrutinised the deep, ruby richness of it and with a swirl observed the sick of glycerol on the glass before inhaling a deep sniff. And then the moment of truth…

He took a taster's slurp and let it lie on his tongue, inhaling deeply to get the full bouquet to his palate, scrunching up his eyes as he savoured the complex flavours. José and his family stood with fixed smiles, awaiting his verdict; before the tasting José had specifically invited Granddad to name this year’s batch. After a few long moments Granddad swallowed, exhaled, put down his glass and with tears in his eyes turned to the family. “Our Saviour.” he declared, “Call it, Nuestro Salvador.” José, a deeply religious man listened to the translation and with deepest gratitude shook my grandfather’s hand. “Gracias Señor, muchas gracias!” he said. 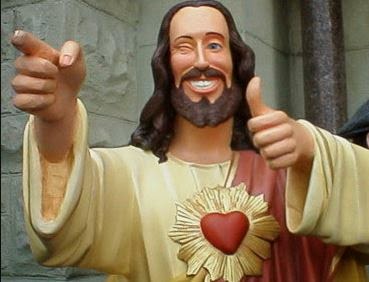 Years later Grandad regularly recalled the occasion. How the bouquet had caught in the back of his throat and made him gasp. How the raw, bitter tanning had sucked the moisture from his mouth and how swallowing the brew had felt like sandpaper on his gizzard, bringing tears to his eyes and depriving him of breath for what felt like an eternity. “I thought I was going to die," he would tell us, “as it hit my tongue, all I could think was... Jesus Christ!”
Posted by Batsby at 05:09