What I like about humans is… Oh, wait, that blog would end right here. I mean, what I find curious about humans is their readiness to respond emotively to a topic without thinking first. I noticed two things this morning which prompted me to tweet. The first was the reaction to Katharine Birbalsingh by angry people determined to paint her excellent schooling approach as some form of cruelty. The second was an impassioned outburst by Neil Oliver about vaccinating children, or, rather, not.

Both stirred the cultists who treat children as idols to be worshipped, to engage in some good old traditional online abuse. The hatred in some comments was quite visceral, as people decided to project their own interpretations onto the argument and, as usual on social media, reason was the first casualty. So, abandoning reason myself I tweeted out what I thought was a simple enough question: “Why do people revere children above all? Seems odd to me.”

Actually, I did know what I was inviting. I’ve done The Twitter for a while now, so all I had to do was sit back and let people assume I was having a pop at kids when in fact I was asking about the way in which many adults lose their mind when it comes to children. I quickly lost count of all the “children are the future” replies – the go-to aphorism whenever this subject is raised. So let’s do that first.

The future just is. Tomorrow is the future, and the day after, and so on. The existence of kids is entirely irrelevant. Of course, without progeny the human race would die out at some time in that future, but the future of the planet need not include all species. There is something selfish about the assumption that the world needs homo sapiens, and there is a growing opinion (much of it from children) that Earth would be better off without.

Ah, but, they explain, without children we won’t have future adults who will forge ahead with the human project. True, but they won’t be children then, will they? Childhood and how it is handled, is a costly investment in our future society; this is also true. Why then, do people get so emotive when those few, like Katharine, seek to optimise that investment? And why do largely the same people get angry at the prospect of seeking to protect those children from disease?

I just feel that when it comes to children many lose their objectivity altogether. In earlier times, parents were demanding vaccination. Now, largely due to the ridiculous amount of information, misinformation, disinformation and opinion out there people think they are making informed choices when in fact those choices are anything but rational. 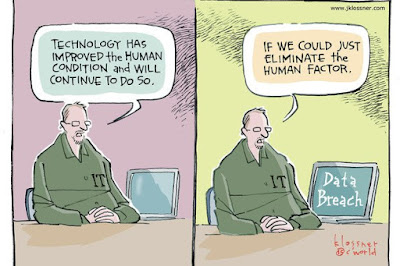 I’m not taking a side on the vaccination thing on which I remain obstinately and honestly ignorant. That isn’t what this is about, so I won’t respond to any vaccine-related replies. What it is about is the propensity of humans to jump to conclusions and adopt positions based not on facts, but on emotions. This may not be the best way to order our affairs, but I concede it is the human way. And I reserve the right to remain curious about it.