In 1966, while queuing for an ice cream I overheard the football World Cup final score on somebody's transistor radio and went back to tell the family. I don’t remember being jubilant, elated, or any other emotion, I just remember hearing the news and passing the information back to the others on the beach. I was 8 years old. I imagine I was pleased but I truly don’t recall.

I’ve never been a massive football fan; a bit crappy as a schoolboy and, if truth be told, never all that much of a team player. It strikes me that teams work best under firm leadership and an ordered hierarchy, whereas in business and politics, in society itself, teamwork is often invoked when in reality it is very much dog-eat-dog; the individual gets the glory, but praising the team is seen as part of the ritual.

Most people are not really in teams, no matter how much the word is used; you get on with your job, your life and you generally succeed or fail all on your own. But in sport it has to be different; a bunch of talented individuals will rarely win against a disciplined and practised team effort. From school side to local club to the Premier League, people adopt, at various removes, a vicarious sharing of the prizes.

And in international sport the national team becomes emblematic of the nation itself. This may be at the heart of the English problem. We don’t want the team to represent politics, social strife, or egalitarianism; we just want the win. We don’t want footballers as social commentators, as saints or shining examples. We just want them to be damned good at the game and to bring home the trophies.

I don’t really know much about football; I don’t much care. But over the years I have become less invested in the national game as I have seen how much it seems to mean to people I don’t think I would thankful to team up with. I don’t know the players and I lack the lexicon to pontificate over a pint about how much better the match would have gone had I been in charge (unlike so many armchair coaches and managers.

But I do feel qualified to comment on the use of sport in politics and my view is quite simple; it should play no part. I know that’s a forlorn and naïve hope and sport will be used to any political end to which it can be bent, but it is tedious and predictable when it happens. Last night, today, the air is rent with cries of racism. Oh, give me a break. 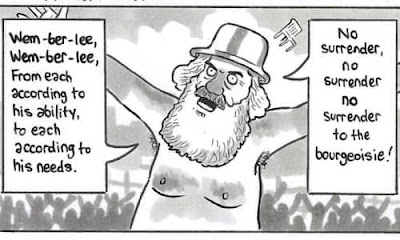 Why do people not realise that professional sportsmen, while they may be physically at the peak of their powers, rarely possess the intellect and grace to speak for the nation? While mature thought and an educated world view is not beyond their ultimate reach, it is way beyond the credible grasp of a man-child who plays a game for a living. By putting an agenda not supported by all front and centre, the so-called beautiful game can turn very ugly indeed.