In the end a mere 323 votes put a weak and lacklustre Conservative candidate in second place behind a woman whose only credentials to stand were a dead sister, martyred in Labour folklore, and her out sexuality which is the kind of identity candidate Labour love to promote. Either way it’s a lose for the electorate in Batley and Spen. Keir Starmer’s feigned glee cannot hide the dire state of left-wing politics in the west.

Torn between standing true to their traditional values, or abandoning former voters for the kaleidoscope of special interests competing for attention, the last twenty years of Labour has been a downward spiral of mediocrity. You can’t court the muslim vote by standing a candidate whose very existence is anathema to them. And you can’t unite the working classes by berating them and sowing division. Starmer’s throne is as unstable as ever, I’d say

If anything, Labour won by the ballots which were not cast. No matter the fervour of the metropolitan news media, no matter how the chattering classes were billing this as a pivotal by-election, less than half of those eligible to vote bothered to turn up. I suspect that large among the abstainers were thousands of die-hard ex-Labour voters who would never vote Tory in a million years. They think their silence speaks, but it only speaks against them.

In yet another stronghold, the walls of the keep have worn ever thinner; at the next general election this constituency is far from safe and a few strong moves from Johnson, the People’s Philanderer, may be all it takes to swing the mood. Labour is far from secure and the leadership far from settled. I pity the party for its dearth of talent; awash with every kind of queer, there is not a single saleable policy in sight.

But the Tories have nothing to feel smug about; on every front they are looking less like a popular choice and more like a punishment beating for the plebs. On immigration, a massive issue for many millions of Brits who feel completely abandoned, Priti Patel is proving impotent and increasingly desperate. Nobody is falling for the rhetoric when they see the daily shuttle service from the continent, followed by the slick reception process.

On the pandemic, no matter the medical realities, people have just had enough, and the mood is such that many will willingly risk infection just to be able to get back to normal. Of course, if lockdown is lifted completely and the death rate rises dramatically, Sajid Javid will probably be blamed. But if the opening up proves inconsequential most people will assume the government panicked over lockdown in the first place. There is no win for government here.

Green, build-back-better policies are going to make some people (who will almost certainly be portrayed as Tory cronies) extremely rich at the expense of the majority. Save the planet but lose the country. Every measure put forward involves massive disruption and cost for marginal environmental gains. I’m still waiting to see a joined up strategy, but all I see is more misery for the workers. 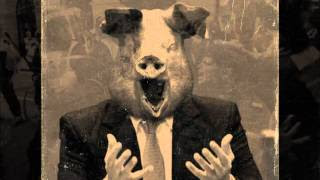 No matter who you vote for the government always gets in

Batley and Spen has proved a damp squib. No big upset, no seismic change in the direction of the public discourse, just a sizzling out of a briefly ferocious conflagration. Nothing to see here, really, please move on. As always, for all the heroic talk, for all the bluster, nothing is going to change. And I still don’t know or care – nobody does - who the Tory candidate was.

Email ThisBlogThis!Share to TwitterShare to FacebookShare to Pinterest
Labels: Batley and Spen 2021