Why do we pay nurses so little? This question is asked over and over again by an incredulous public who simply would not wipe old people's arses for a pittance. The simple answer is, we pay so little because we can.

It's an unpalatable truth that practical economics decrees that we pay what we need to obtain the goods and services we want. If we don't want to shop around we pay more for that convenience, like it or not. If we want to be seen as discerning to a specific audience we pay extra to flaunt the labels. No matter that the same quality is available for less outlay; if fashion floats your boat you have to pay for your proclivity.

The same goes for wages. We accept what we are paid simply because we do. If you're unhappy you can seek alternative employment, or ask for more.. 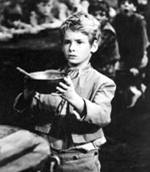 Or you can withdraw your labour. In the case of the nurses, some of them decided that nursing was too high a calling to be doing with all that wiping, so they reclassified themselves, took some more qualifications, got admin jobs then employed cheaper, lesser labour to 'andle the Andrex. It's how it's always been.

It's not pretty, it's certainly not 'fair' but what you get paid and your personal balance of payments is - tragic indictment of humanity that it is - actually a measure of your true worth to society. The bankers milk the system because they can. You get paid a bugger-all because you can easily be replaced.

All of which is why I believe today's strike is going to be ineffectual in achieving the aims of the strikers, although it will probably do nicely for both the union leaders and the government. The public sector workers will return to their desks - those that still have them - and they'll put up with it because they have little choice. If they're not happy they are free to leave and seek other employment; that's how it works. But then maybe they'll see why so many on the outside did not support them.

I doubt whether many MPs and union officials will take pay cuts, lose their jobs or end up working longer as a result. They are themselves subject to the same economic rules though, so if you really want change, think about how to change them.

The only thing likely to actually alter the balance is the sort of revolution seen in the Middle east recently. But the outcomes of such action are uncertain and the playing field, far from becoming levelled, simply tips in another direction.

"If the people are united..." If you can achieve that, then bloody good luck to you.
Posted by Batsby at 11:44