The March for Europe was fundamentally dishonest as nobody has suggested that Britain should leave Europe in the first place. That might be a tad problematic anyway as we ‘left’ around nine thousand years ago and with climate bleaters warning of ever-rising sea levels it is unlikely we are going to re-dock any time soon. That small point made, back to the matter in hand. No matter what Izzard, Tatchell, Jones and their juvenile army of the easily-led tell you, Britain will continue to have engagements with the European continent as it has throughout recorded history. As neighbours though, not as cohabitants.

The only thing we are planning on leaving is a discredited and costly political union which has brought ruin on some countries and now threatens, through sheer impotence, to allow itself to be invaded and subjugated by the unstoppable force of islamic immigration. I say ‘unstoppable’ knowing full well that it could be stopped, but it won’t be; somewhere in that EU mind-set is a white-European-hating kernel of defeatism in the guise of ‘progress’.

Maybe someday, long in the future, humanity will be integrated in a global network of equality, where everybody loves everybody else, all our customs and habits are regularised and a benign system of governance works for everybody. When that day comes... what am I saying, that day will never come. Even within just the European continent the disparities between regions are enough to cause tensions, hell even within the British Isles we still live with the threat of a resurgent IRA. To think we could simply dissolve borders and all live happily ever after was a ludicrous and naïve dream.

If you want just one example of how human behaviour fails to meet the ideal that progressives seem to believe they can engineer, look no further than Keith Vaz. Dear Keith, ‘untouchable’ Vaz has rarely been out of the news and as a self-publicist he has managed to survive an astonishing number of scuffles. But as Chairman of the Home Affairs Select Committee he may soon come under the scrutiny of the Committee on Standards in Public Life (or as I just mistyped that ‘Pubic Lice’).

In1995 this committee established The Seven Principles of Public Life, also known as the "Nolan principles". Let’s see how jolly old Keith Vaz stacks up against these criteria for the behaviour of Holders of Public Office


It’s a high bar and one you could say sorely tests the frailty of human nature, but surely our leaders are up to the challenge? Sadly, it appears not. Over and over again the pattern of behaviour for some people in high office is the same; power corrupts, but also gives the impression of invulnerability. If a public figure of such visibility and regular scrutiny as Keith Vazeline can so easily hide for so long, how likely is it that the unknown ‘leaders’ of the European Union are ordaining restraint for us that they are unable to  commit to themselves. 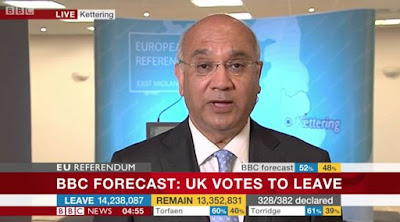 One of the oddest things about the March for Europe bunch is that they would be the first to come to the defence of people like Vaz no doubt explaining his furtive behaviour as necessary given the amount of hate they see in society. Yet at the same time these are the usual suspects who protest about the globalisation of  business and the secrecy of government and imagine a cabal of high-powered world leaders pulling all the strings. Why in the face of that they would vote for supranational governance is a mystery as deep as why a feminist would defend islam. But hey, if you want to align with Slippery Keith's stance on the EU please feel free to say so.
Posted by Batsby at 09:00