We need to talk about Kevin

When I heard Dame Louise Casey being interviewed on BBC PM yesterday evening, following the International Women’s Day debate in Parliament, my first thought was “Here we go again – men bashing.” Following the discovery of human remains in Kent woods, suspected to be those of Sarah Everard, sensitivities were heightened and there was a real edge to Dame Louise’s voice.

Violence against women had been highlighted in the day and emotions were running high. But coming on the back of Princess Sparkle’s ‘everybody is racist’ diatribe it felt that the tide really was turning for straight, white men. In the era of de-platforming, cancel culture and the refusal to let the maligned defend themselves, white men were the safe enemy du jour for every group with a grievance

One thing she was saying, which was initially indicative of that mood was that insisting “That isn’t me!” was not enough. Bloody hell, I thought, you no longer need to commit a crime to be automatically guilty as part of the accused group. Need a suspect? Round up all the white men; the more middle aged, the more Brexity, the better. But instead of switching off, as many would do – not my problem, darling- I carried on listening and I realised she was right; we really do need to talk about this.

In Lionel Shriver’s disturbing novel, Kevin is a malevolent ball of evil from the day he is born, and none of this is alleviated by whatever his parents try to do. Read it; I won’t spoil the ending. But Kevins have persisted throughout history. Few of us will have been lucky enough never to have encountered a person – usually a male – who gets away with whatever he wishes. Boys, men, who possess a will that few stand up against. The bullies, the cruel kid, the eventual wife beater, the sadist, the paedophile, probably more accurately described as a child abuser; no love there.

These people are feared by those in authority and are often not afraid to seek retribution against those who try to discipline them; the teacher beaten-up out of school, the slashed tyres, the neighbour who deliberately makes your life a misery. While I have no truck with the notion of evil as a supernatural force, or an inherent trait passed on in the genes, there is a mountain of evidence that evil-doing tends to cling to certain families, certain types of people.

The abused often becomes the abuser this much is known. And while not exclusively, abuse most often occurs in the poor and poorly educated, in the classes often referred to, or at least quietly thought of, as sub-human, feral and out of the reach of reason. So what is to be done? Some men, a small number in proportion, habitually use physical and mental abuse, coercion and fear to control their world and these men can often be identified from an early age.

Much time was spent in discussing how young boys need to be educated in how to behave; how to become decent human beings. But these problems were just as prevalent back in the days when education did actually discipline we male savages and sought to avoid a Lord of the Flies outcome. It didn’t work, or at least it didn’t work as well as might have been hoped. 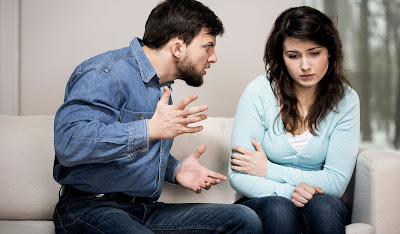 No, we need a different discussion about 'Kevin', and it is a discussion that nobody in authority wants to have. The patterns of violence, against women in particular, recur in families and in sectors of society where this is almost considered normal. Child abuser begets child abuser, rapist begets rapist. If we really are going to talk about Kevin, why not grasp the nettle and begin with a serious discussion about whether the Kevins should ever be allowed to breed?