I was a bit late to the party on this one, but apparently Luther, as played by proposed black James Bond Idris Elba, is not black enough: BBC diversity chief Miranda Wayland says that ethnic minorities are portrayed inauthentically, even, apparently, when written by people from those same backgrounds to parody their own portrayal. As for Idris Elba, the vicious, far-right, ‘so-called comedian’ Andrew Lawrence asked, did he not leave a long enough trail of abandoned illegitimate children? Did he not deal drugs, etc? My favourite suggestion from the Twittersphere was that the series should perhaps be renamed ‘Looter’. Boom!

As another Tweeter remarked “gypsies on the BBC aren't gipsy enough. Chinese people aren't Chinese enough. Black people aren't Black enough. Asian People aren't Asian enough. African people aren't African enough. And White people are racist!” This is becoming a tedious and unimaginative theme now, yet the crazy dogma of critical race theory is still swallowed wholesale by many in the establishment who have yet to work out a decent counter offensive

Black Lives Matter cultists are incensed when white people suggest, even hint, that black people may be different. But when we insist that they are not, that they are equal, that they are the same as everybody else, we are accused of… of what, exactly? I’ll try, but I’m not sure this will fly: Non-indigenous ethnic citizens of the United Kingdom are the equals, in every respect of their white peers, but need – nay, demand – special treatment in order to not be unequal. Is that anywhere close to the mark?

If you have no black friends you are racist, but if you have black friends you are also racist? I believe this is where the industry of perpetual offence has currently planted its flag. To pretend there isn’t a problem is a problem, but to try and address the problem is, to say the least, problematic. There isn’t much to work with here, so it is little wonder that when the establishment tries to aim at the moving goalposts of minority identity they lose the penalty shoot-out every time.

Fortunately, as always, the left has a solution; just agree with everything negative that anybody has to say about the country, its people, its government and anybody in any position of power or influence. To which end Labour Party supporters have been shining beacons of bigotry as they have spewed out their hatred of the society which has given them so much, yet demanded so little of them.

From nasty, snippy jibes aimed at the Royal Family as it mourns one of this country’s greatest ambassadors, to Sadiq Khan announcing his intention to rename the overground network to better represent ‘diversity’, it is as if the left has completely abandoned any semblance of sanity. When Londoners have to commute to work on the Kampala Trail to downtown Nyasaland Junction on the Bin Laden Express, does the little khant think people will harbour warm, fuzzy feelings towards dusky despots? 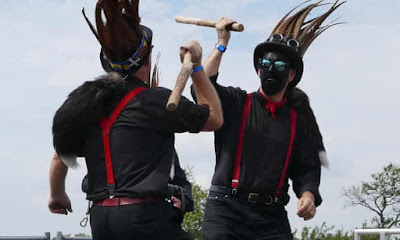 I rather think not. The fight back will not, it has been seen, be led from Downing Street. Nor will it feature in any Parliamentary sessions in the future, our politicians having long ago abandoned any attempt to counter the lunacy. Instead, the British people will do what they have always done and quietly ignore the injunctions to behave any differently towards outsiders. Fit in and we will accept you; fight us and we will not.