Oh it’s too good to miss and I haven’t blogged about the boy Owen for a while but he’s always good for a mention. In his latest polemic for the Independent (Oh, the irony!) he puffs smoke up the arse of the "missing force in British politics", his much-vaunted People’s Assembly.

“The unemployed; disabled benefit claimants; immigrants; public sector workers: all have come under far more sustained attack than those who plunged this country – and much of the world – into disaster. We've burned your house down, say the Tories: so it’s only fair we burn down your less deserving neighbour’s house, too. ”

So there he goes again, the architects of misery and ill fortune are not the disastrous dabbling with unworkable state socialism, the thirteen years of borrowing and spending and the hideous expansion of benefits to trap pretty much everybody into some level of state dependence. It’s not the simultaneous raising of aspirations and lowering of employability, leaving British school-leavers at a disadvantage against unskilled workers from the darkest corners of the globe. Nope, it’s the good old British class system to blame, as always.

While Owen was still in nappies ordinary people across the land were scratching their heads and wondering how Tony Blair’s miracle was being worked. How was it that workless people were affording cars and holidays and even buying houses? Could people not see that constantly re-mortgaging their homes was an unsustainable income model? And where was the money coming from to bribe tax payers with ‘credits’ to stay in work, or to bestow imaginary ailments to keep them off the jobless figures?

For balance, the boy wonder also had scathing words for the opposition: “As for the Labour leadership’s confident, coherent alternative to Tory austerity – well, I’ll let you finish laughing before you read on.” But it’s hardly a savaging because in his view ‘austerity’ is still entirely to blame, somehow, for Labour's former profligacy.

But the reality is that – just as in that disastrous decision to put yourself into negative equity – the road to recovery is long and slow. The coalition’s attempt to rein in spending while maintaining pretty much the entire welfare bill is almost certainly the only realistic option and a slow steady return to sanity is surely far better than some quack cure worse than the original disease.

Young Master Jones longs for some imagined rising up of the downtrodden masses and on his tour he’s doing his best to be seen as the resurrection of the firebrand rabble rouser, whipping up the mob into a frenzy to march on Downing Street and demand… well, what exactly, Owen?

“Letting councils build houses and controlling rents, rather than subsidising landlords; a living wage, instead of state-subsidised low wages; an industrial strategy to create hundreds of thousands of renewable jobs, instead of the misery of unemployment; an all-out war against tax avoidance worth £25bn a year; public control of the banks we bailed out: here are demands that have long been ignored. They won’t be ignored any more.”

I’ll let you into a secret you young Marxist scallywag. It’s all bollocks; empty words. The force you want to start your new people’s revolution is not the massive army of tough, wiry, manual workers you might have commanded in the 1920s, but a rag-tag huddle of welfare-softened, skunk-addled, benefit bunnies and their ideologically muddled cheerleaders. Those who can work and want to work are too busy doing what they’ve always done – working. If you were ever to get your house building programme you know damn well it’s the East Europeans who will get the jobs and your cherished left wing government would then have borrow even more to keep your constituents idle and breeding. 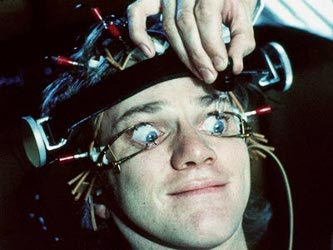 Owen Jones prepares for his next big speech.


Owen concludes “The fragmented strands of progressive Britain are coming together; the anti-austerity movement is making its belated appearance. Finally, the left is entering the ring.” Yes dear, yes they are. I can only hope they've got their throwing-in towel at the ready.
Posted by Batsby at 07:44