Earlier this month the World Health Organisation (Why can't they enlist Roger Daltrey as spokesman?) published yet more scary guidelines to spell out how everything you do will help to kill you. This time it was the sugar wot done it and the recommendation is that we should all consume less than six teaspoons a day. I expect the people at Mars are over the moon (“A Mars a day helps you work, rest and play”… and then it kills you.) Of course the big problem is that the amount of sugar in even savoury packaged foods is simply enormous.

But I’m all right, Jack, I reckon, because apart from the odd takeaway most of what I eat is prepared from scratch. I’ve never understood the whining and bitching from the entitled classes about the cost of fresh food because basic veg is cheap as you like and we all eat far too much meat anyway. Everybody bangs on about how marvellous lefty blogger Jack Wotsername is when really this is how we all used to eat, back before we had to ask permission from the government before we dared try to have an  original thought.

The problem with so-called progress is that simple skills are easily abandoned in favour of a lazier life and I’ve long lost count of the number of documentaries I've watched that reveal , without a hint of shame, the extent to which young – and not so young – people are pretty much dependent on the state and television to protect them, accommodate their failings and tell them how to live their lives. Admittedly, it is difficult to monitor your food intake with pre-prepared foods, which is why there is so much information printed on the packaging. But, of course, one of the essential basic skills that seems to have been lost is the attention span required to read and understand that information; if it’s not on Youtube, forget it, food nazi.

The much vaunted traffic signal system – pictures rather than all those horrid, oppressive, fascist words – has yet to be fully adopted, partly because it is voluntary. It turns out that despite needing to be told what to do, people don’t really like to be told what to do. Even if the traffic lights do become ubiquitous there will be plenty of people confused enough to misinterpret what they mean. Cue the court cases as the morbidly stupid plead that they thought red meant it contained carrots; extra-tasty, full fat, sugar-stuffed carrots.

So, yes I generally feel pretty smug in the face of the latest food failure non-story as I’m generally an all things in moderation man. For instance, as I write this, shortly after waking, I’m drinking water. After I publish I’ll take tea, possibly with a squeeze of lemon and I generally don’t drink a lot of coffee, taking sugar in neither. Fizzy drinks also have no appeal for me - the last time I had a can of pop may well have to be measured in years and most of my meals are fresh veg, some meat, some seasoning and simple. Yay, go me; I have much to be smug about. 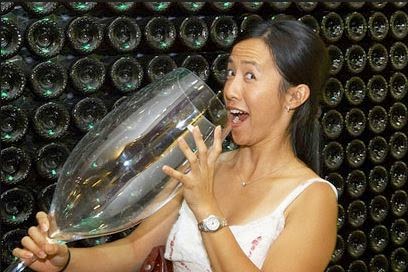 But I only have one glass a day!

But none of that explains why my waistline has steadily going from sylph-like to shameful in just a few years. Maybe I just need to stay a bit more active? Confident I’m being a good little soldier on the food and drink front, I hit the rowing machine, take longer walks and carry on regardless… but now they are talking about the sugar content of booze. It turns out – although I always suspected as much – that even when you have consciously avoided the perils of sneaky sugar, they still manage to smuggle the stuff into you… in bottles. Three and a half teaspoons of it in a gin and tonic? As I go to drown my sorrows I catch sight of myself in the mirror… Make mine a large one.