The protesting classes have been out in force and emboldened by Labour’s current massive poll lead, are doing what they do best, encouraging impotent hope. People who have never before marched are taking to the streets to ‘do their bit’ and swell the ranks, and presumably the word ‘solidarity’ is doing a lot of heavy lifting. But look who is leading the charge and you’ll see it is the same old union stalwarts and diehard class warriors.

Starmer is probably right to urge his MPs not to stand on picket lines because the rise of the left and their supposed championing of the common man is as bad for moderate Labour as it is for the Tories. The blues are, of course, the eternal enemy, so to the extent that such protests turn people against what they imagine the Conservatives actually stand for plays Labour’s way. And the terrible optics of the first skirmishes of the new Truss administration must surely push voters still further to the left.

But the danger here is that with a taste for socialist rhetoric and with the scent of blood in their nostrils, formerly moderate types may be persuaded to go full-Momentum and make the same mistakes that socialist agitators usually make. The assumption that this common man is more biddable from a socialist standpoint than from a small ‘c’ conservative position needs a critical second look. Because the ultimate aims of the left are a long way out of line with the aspirations of the average worker.

Positions on immigration, social justice, education, the role of the state, national sovereignty, defence, energy security, policing and the ever-widening identitarian movements reveal complex challenges, challenges which defeat thinkers across the political spectrum in terms of simple solutions. To take just one, immigration; why if immigration is supposed to be so good for us, has no government managed to convince the population of this beneficence?

Back in June this year ordinary, decent people found it frankly incredible that an unwashed mob could prevent police from carrying out their duties to detain and deport. But in the heads of the Peckham Peaceniks, they were doing god’s work, with the backing of certain members of the legal profession. Once, parents would proudly declare that their son or daughter was a lawyer. Today they could be excused for feeling let down and even ashamed.

The same sense of entitlement to action is seen with other extreme protest groups who willingly engage in disruptive campaigns which cause real harm to the ability of our common man to go about his business and earn a living. Extinction Rebellion, Just Stop Oil, the statue topplers… You may ask, in what world can their actions be right just because they believe it is? You have to wonder who gives such people the authority to carry out their sabotage when the police effectively stand down in their presence.

The left is intellectually lazy. In assuming without question a morally superior basis for their beliefs, they promulgate their simplistic portrayals of cruel Conservatism, of government against the people, of graft and corruption at the top, as if they would be above such human frailties. Moribund tropes about inequality wash up hard on the rocky shores of legions of underprivileged white workers who see not only no reward for their efforts but opprobrium for their skin colour. White privilege? Do us all a favour.

So, support the strikers, march through our city centres, protest all you like. But what are you achieving, other than a day out and a sense of camaraderie? Maybe this is enough, maybe you can convince yourself that you did your bit, that you are a part of the solution. Or, rather, have you just fallen for the fictions of a failed ideology, risen to the rabble-rousing rhetoric of the union blowhards? 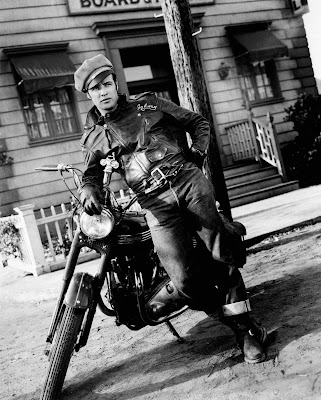 What are you rebelling against?
What have you got?

Revolution is just not the British way; there is a reason that the Conservatives are the natural party of UK government, and while they may appear to have lost their way recently, I’m pretty certain that the perpetually enraged and warring factions of the alternatives have little to offer. The organised events of Enough is Enough are impressive in their reach, but will, I believe, achieve little as tomorrow we all go back to work and look after number one.