If a lorry driver fails to show up for work a consignment doesn’t get delivered, shops fall short of stock, people are disappointed, inconvenienced and possibly, put in peril; what if the load was medical supplies? A small army of logistics personnel seeks to make sure this never happens, or to mitigate the damage if it can’t be averted. In contrast, should a professor of race grievances take a whole year of sabbatical, not one person on the planet will suffer. The sum total of human existence will not be affected in the slightest

Likewise, economic forecasters, who only exist to give astrology a veneer of credibility. Then there is the emerging field of gender studies – if every person in the country who genuinely suffers from gender dysphoria were to be publicly funded to research it, there would probably be fewer than there are now engaged in actively promoting it.  And what of those committees engaged in renaming streets, demounting statues and placing tributes to unknown people of colour whose actual significance pales in comparison with the fabricated legends written about them? All utterly pointless.

Please feel free to add worthless occupations of your own, because, across the western world – those parts of the world not struggling with the basics of survival - there are hundreds of thousands (if not millions) of people who are handsomely rewarded for 'work' which adds nothing useful to society. If we lost them all tomorrow, nobody would notice. Nobody, of course, except the benefits office.

Contrast the value of these non-jobs, every single one no doubt requiring a degree (degree requirements may be waived for applicant with the correct ethnic credentials) with the really vital jobs without which our society could not survive. Those thankless jobs the highly educated may look down upon but could not get by without. These are the jobs that society should value and reward.

Who stacks the shelves? Those faceless, busy beavers who pack and pick stock and keep supermarkets and ‘fulfilment centres’ operating. I can just see the dismay on the faces of the commentariat when they can’t find their favourite brand of organic pesto foot balm where they expect to find it. And, checking out, cashless and automated is fine until you need the human with the cardkey to validate your purchases.

And who makes the products those shelves are filled with? Machines are still a long way away from being able to do everything. Until that day – which will be beyond most of your lifetimes – those clothes, that food, those gadgets have required the input of human labour, paid far less than the children who writes articles for the Guardian about the nobility of toil and the struggle of the masses, yet have never picked up a tool in their lives.

Then there are all the trades. Those grubby little people in vans whose sole purpose in life is to keep your world up and running. They build your houses, they fix your central heating, they install, for you, gadgetry they could never afford for themselves. So what, your paper on free expression in the age of Trump can wait forever; nobody will miss it. But how long will you survive without your dishwasher?

And have you ever noticed that those who ‘suffer with mental health’ as the phrase now seems to put it, are rarely those who actually work for a living, in the conventional sense. Mental health issues are far more prevalent among those who have the luxury and the time for such indulgences. So it seems clear to me that there is a way of making the world a better place. 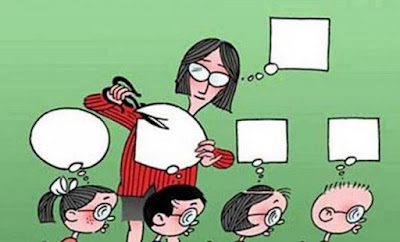 It is not by writing about it, by pontificating on the cerebral, by espousing ignoble causes, or by going on perpetual marches in support of one grievance or another, but by putting aside the chatter and getting on with it. Education, education, education, Tony Blair famously spouted, but look where it has led. The same advice is true now as it was a hundred years ago; if you want your kids to have a secure future, turn them on to honest work, and tell them to be good at it.