When Gordon Brown made his famous ‘no more boom and bust’ declaration he was falling prey to the mistaken belief that he had the supernatural ability to curb such cycles. This is a very common affliction in those with some power; soon enough they begin to believe that the gerrymandered process which put them in place conferred both wisdom and efficacy beyond mere human expertise. It is a conceit, a folly, often followed by a fall. Those whom the gods wish to destroy they first make mad; the madness being a form of megalomania.

It has often been said that economic forecasting was invented primarily to make astrology look credible. But the economy usually defies most predictions, and the commentariat choose to ignore the majority of incorrect forecasts. Although economies can be pushed and persuaded, they are ultimately the summation of many much smaller decisions made by those who contribute to it. If enough people decide to stop buying and start saving the flow of money is redirected in ways that may be broadly modelled but cannot be entirely foreseen. Much economic lore is not so much soothsaying as just being wise, and selective with the data, after the event.

Although governments may be able to do some small somethings, their powers are poor in the face of panic. Whatever you do, don’t tell people there is going to be a shortage of fuel, or toilet paper… or money. You may think you are being honest and precautionary, but watch the herd stampede us right into the crisis you warned of. And talking of crisis, just exactly how many crises do we need at any one time and how will the reactions to them interact and intersect? The truth is nobody knows, and it is impossible to plan for outcomes which nobody can accurately predict.

But humans do like a good story, which is why the mongers of doom and conspiracy are currently yet more encouraged to believe that all this shit is happening by design, rather than through simple, unemotive chaos. Responding to a tweet about climate change and net zero, I invoked Hanlon’s Razor: “Never ascribe to malice that which can more readily be explained by incompetence”. In response I was scolded for being a blind fool, then blocked, as is often the way with those who desperately need to stick to the story they believe.

It turns out that incompetence has an economy all its own whereby the cumulative effects of lots of tiny blunders takes on the appearance of intent. Thus, just as climate alarmists will ascribe every weather event, wherever it is, whatever the seasonal norms, as more certain proof of their thesis, it is easily possible to assemble all the little cock-ups and rearrange that random jigsaw puzzle to create a picture entitle ‘intent’.

Nobody involved in rolling out 5G cares one hoot about Covid. Doctors and epidemiologists are sharply focused on their mission without any regard for the ravings of Klaus Schwab. The Chinese have colluded with nobody to bring about Net-Zero ambitions in the trigger-happy, activist-responsive governments of the west, and Russia’s invasion of Ukraine is all about Russia and nothing to do with The UK’s inflation rate.

Yes, there will be a rubbing of shoulders between all of these things at times, and there may even be brief collusions or coalitions aimed at solving, or exacerbating, one problem or other but the notion of a team of humans clever enough to bring any of this about by deliberate intent is something of a stretch. The intersection of a million little incompetencies may occasionally give the appearance of a vaguely definable direction of travel, but look again a few days later and you’ll see it was just the particulates from an explosion briefly flying in formation before plummeting back to earth. 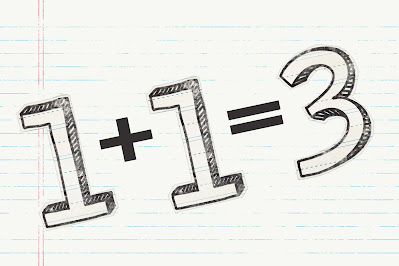 If you believe it, it's true.

We do love a pattern, we Earthlings, but sometimes the creative effort of finding a pattern in a mess of erratic, non-aligned events of the age is not worth the candle. Economies are the result of many individual decisions, influenced by many different motives, which often assumes the guise of deliberate planning. Stupidity is much the same; a million irrational, fact-free beliefs can look, at times, like a plot. And it takes a special kind of stupid to join those dots.