So, the Muskmeister has proposed a general amnesty for suspended Twitter accounts, provided they haven’t ‘broken the law’. But what law? US law, international law, nebulous ‘non-crime hate incident’ law, or delicate-soul Twitter law? The rules have never been particularly clear; while one is banned for using a formerly perfectly everyday phrase which might just be contrived to contain a germ of antipathy, another gets to freely  dispense literary sewage without sanction.

I wouldn’t be surprised to learn that Twitter algorithms employ anagram solvers in their quest for offence, instantly banning any mention of g-i-n-g-e-r, or slicing up proper nouns like Scunthorpe to discover the hidden outrage gems inside. So, if you are a white, western male you have to suck it up while persons of hue call for your painful eradication from the planet, yet you could be suspended for asking why such speech is allowed.

But let us look ahead to the glorious reinstatement of my account. Which account though? I’ve had so many that I’ve lost track. Will I get back my parody Len McCluskey account, or the one I set up for the cat? Is it possible I could regain the thousands of followers I had steadily amassed under my original handle, or will I have to be content with my last one, which relied for validation on a mobile phone number not my own? Can I even remember who I said I was supposed to be?

I can’t even really remember why I joined Twitter in the first place, having heard it was all about people tweeting their breakfasts, but having hopped aboard I found it much to my taste. I never grasped Facebook, especially when, about ten years ago, they changed the format and I lost interest altogether. LinkedIn I found just creepy, as people who vaguely knew me would look me up and contact me. Why, goddammit, why?! When a work colleague sought me out I deleted my account. I don’t know why, but I’d rather be an anonymous internet nonentity than have to deal with the ignominy of being ‘out’.

As for other platforms, I have never been tempted by the Instagrams, Snapchats and Telegrams and I am utterly indifferent to TikTok. Unless you are seeking unearned fame and dubious fortune, or else you are a business reaching out to as wide a customer base as possible, I can’t see the reward for plastering your every thought and minute-by-minute photographs of your day across the canvas of the worldwide weird web.

Of course, if I am back, so too will be all those accounts who blocked me – knocking on for a thousand – as well as many who will by now have become deceased. Will I remember those whose banter I cherished, back in the day, or will I look on in bewilderment as folk I don’t recognise try to greet me as a long lost friend? And will all of our accounts be returned with original settings intact, or will I see again those who I blocked or muted in turn? 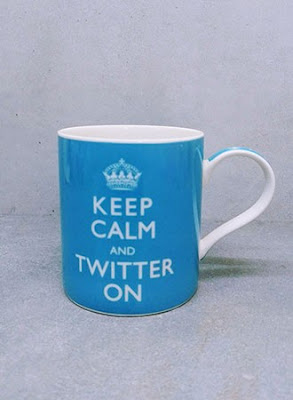 Will it even happen at all? Or will we all be banned again within days? If we have learned anything from Elon Musk’s very special and very public managerial techniques it is that even the daftest, doziest and most out-of-touch of us have the ability to become the richest man on the planet. It seems to have little to do with genius, much to do with luck and everything to do with getting away with it. See you on Twitter?