It doesn't take much, does it? Left - right, religion, sex, Europe, chavs, toffs, the NHS, HS2, sniffing too loud on the train and the colour of your socks. When did we all manage to get so angry so quickly? Where's the historical starting point for all this offence-taking? The manufacture, packaging, marketing and distribution of grievance seems to be the only industry booming today.

Back in what now looks like the golden age, the good old days, the twentieth century, our imperial stiff upper lip ensured we didn't whine ourselves into a froth. Our moans and groans were topped off with a sigh and a "mustn't grumble" and off we went to face reality, sure in the knowledge that if we came home with enough energy to watch the six o'clock news we'd had as good a day as could be expected.

We were famous for it. Fair play, a sense of place, a certain pride in a job done well, however lowly, and expectations of a life not necessarily exciting, but at least safe and certain (apart from all those diseases we used to have, obviously). Whenever something kicked off, like the miners' strike, we were happily polarised into for or against and we sat back to watch events unfold, putting up with the minor difficulties like no light or heat or power until everybody got back a sense of proportion and got back to work.

We had winners and losers, strivers and shirkers and it was very clear where you stood. If you were a decent sort, you got on with it, struggled through and came out nearer the top of the pile. If you were, you know, the other sort, well we just didn't mix with you and you got what was coming... which was not much. And on a Sunday we even went to church to pretend we were a god-fearing nation, equal under the almighty, although if truth be told there was little much else to do, except watch the afternoon films on telly.

Oh yes, we were happy in black and white. Norman Wisdom, Jimmy Edwards, Stanley Holloway... Mr Pastry. And then came along Technicolor to blight our days with its garish primary hues, its madcap hallucinogen of Doris Day and the American Dream. Damn you, John Wayne!

And then, once colour had been invented, the rot really set in. Sergeant Pepper's fucking what, already? If any of The Beatles were still alive today, why I'd, I'd... I'd better have a lie down for a bit. Where was I? Oh yes, The Beatles, that's where it all started to go wrong. All you need is love, my arse! How does that pay the rent? Anyway, the floodgates were open now and all of a sudden people got ideas above their station, like wanting to be happy all the time.

But actually, now I come to think of it, being happy isn't such a bad ambition, is it? So how did that morph into what we see today? I blame Diana, the Goddess of Versace, who sacrificed herself... blah, blah, blah... something to do with a Dodo...  so that we could be miserable for ever. I don't remember all the details, history not being a strong point, but I do remember it was in 1997 and I'm certain nothing else that happened that year could have caused all this strife.

The pursuit of happiness has brought us to where we are today. Now, instead of looking for the silver lining, we're all constantly alert for the jagged, baby-killing, razor-lined, bile-spitting storm clouds of offence. That's why Tony Blair introduced multiculturalism and diversity - so we'd ALL have something to hate. Even if we are comfortable and content we have at our immediate disposal the means to contort ourselves into a spitting ball of fury on somebody else's behalf, if not at their behest. 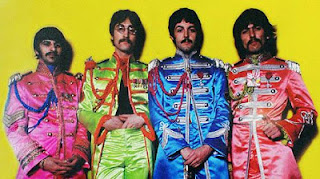 Line up of the usual suspects

Well I, for one, have had enough. From now on I'm going to look on the bright side. All will be sweetness and light. I will smile at children in the street, pat stray dogs and help old ladies across the road. I will skip and sing and shut my eyes tightly at signs of malcontent and never let another harsh word cross my lips. Love, love, love and joy and happiness and sweet-scented flowers I will bring... But where's the fun in that???
Posted by Batsby at 08:46