Through the Looking Glass

Another weekend has passed and Jeremy Corbyn has been whipping his crowd into a froth of fevered excitement at the enticing prospect of victory at the general election in June. Here in social media land the wilfully indoctrinated are positively salivating as John McDonnell repeats his intention – I use the word loosely, as he will never be in a position to enact a single one of his madcap Marxist policies – of taxing all those he deems ‘the rich’. At the moment the bar appears to be set at just a tad above an MP’s salary.

Arthur Laffer famous curve and its effect was demonstrated in the 1980s when Ronald Reagan cut taxes and tax revenues rose from a little over $500 billion to around $900 billion during his time in office. Of course this may have just been a coincidence... and the collapse of the Venezuelan economy under Hugo Chavez’s socialist regime night also be a coincidence. Who knows? Nothing is ever as simple, as cut and dried as all that but Laffer’s contention that the more a thing is taxed, the less incentive there is to produce it, satisfies Occam’s test nicely.

Tax wealth creation and you will get tax avoidance. Crack down on tax avoidance and you will get tax evasion. Get tough on that and people will either settle for less or move their money elsewhere. Either way the tax take goes down and now you have to set the ‘rich bar’ lower, at which point you start punitively taxing those you promised not to. Before long anybody actually earning their own money becomes one of ‘the rich’ working to fund the spiralling costs of a voracious social welfare system. It is the self-defeating politics of envy and it has never, ever worked.

And yet, there they are, the Corbynistas, sloganizing their way to culthood and utterly impervious to logic and reason. Especially scathing when attacking all things Tory, these infantilised children of Marx will believe anything which panders to their delusion that ‘real socialism’ hasn’t been tried yet and is the only thing that can save the human race. The Moonies, The Branch Davidians, the Children of God, Heaven’s Gate and many others have successfully managed to convince large numbers of people that obviously wacko ideas are grounded in their alternate reality. There is a reason for all this and as usual, it’s not unusual... 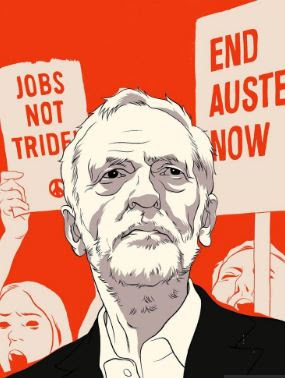 Listening to last night’s The Digital Human, presented by Aleks Krotoski, I learned of The MandelaEffect, a condition in which a large number of people share a memory, despite it being demonstrably false. Have a listen; it explains the quasi-religious nature of tribal politics pretty closely. Why would so many people believe something so different from the obvious truth? Why would so many people readily believe that the Tories are somehow cruel and inhuman? The fact is that human memory is malleable and we all have some experience of false memories – if you don’t you are very unusual, or else you have yet to accept it. So, you warriors for social justice, you Marxmen for the revolution, do you want to take the red pill now?
Posted by Batsby at 06:48