At the time of writing the outcome of the local and PCC elections were indeterminate with no clear winners fronting the field. Have the anti-Semitic revelations besetting Labour candidates up and down the country driven voters to the alternatives, including Red-Ukip? Have former Conservative backers, furious at Cameron’s pathetic attempt at EU ‘renegotiation’, defected to Blue-Ukip? Or did voters instead back their local, tribal causes and vote Plaid Cymru or Scots Nats or Cornish Seperatists... or just stay away in their droves?

And what of the outcome? With every spin doctor earning his unsavoury wage how are the news outlets actually reporting what ought, really, to be a simple numerical result? The charge of losing votes can of course be batted away as re-grouping, or settling old scores, or a failure on behalf of the electorate to grasp the enormity of the decision for which they cast their ballot. What’s in a word? What does ‘win’ really mean and who wants to pick up the greasy baton of responsibility? And does it really matter anyway?

Given the parlous state of our education system with children being frightened into exam-stress by parents objecting to what was once routine – we had weekly spelling tests and daily times-tables recitals back in the day – might there soon come a day when election results will need to be communicated in pictures only... or via the medium of interpretive dance? The political pantomime may become the Newsnight of the future.

One teacher, determined that her charges would escape the illiterate fate that awaits the unschooled, decided to up the ante by setting daily lexical challenges. One day she asked her students to use the word "fascinate" in a sentence. Swotty Mary shot her hand in the air and without waiting to be called said, "My family went to London Zoo, and we saw all the animals. It was fascinating." The other students dutifully clapped.

The teacher raise her hand and the clapping ceased – it’s all about the training. She said, "Yes Mary, that was good, but I really wanted the word ‘fascinate’ and that’s not what you said.” She urged the children to think hard and up their game; it was important to be precise. After a few moments, another little girl – it was always the girls, the teacher had noted, time and again – raised her hand. “Miss, the local elections were on yesterday and my dad stayed up all night to hear the results. He was fascinated.” Again applause and the teacher was quite impressed that Sally knew about the elections but standards must be upheld. 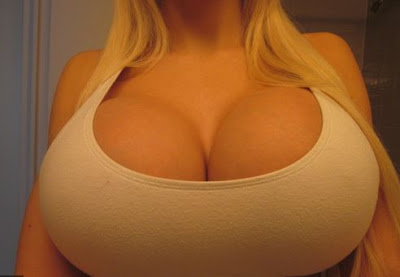 “Quite good, Sally” she said “but you said ‘fascinated’ and we really wanted ‘fascinate’. Now, I wonder if the boys can help us out here. Michael? Simon?” The two boys squirmed under her gaze – what was it that made boys such unwilling students these days? Then Sweary Johnny from the council estate raised his hand. “Miss, miss!” he entreated. She looked around desperately for an alternative but no other hand was raised. With a nod, she assented and Johnny stood up to declare “My sister has a jumper with 10 buttons, but her tits are so big she can only fasten 8".
Posted by Batsby at 05:14