I watched the House of Commons on telly yesterday afternoon, just for a laugh. (Yes, I had work to do, but you know how these gripping soap operas work; you think "just one episode" and before you know it the whole of western civilisation has elapsed. Gawd 'elp me when the omnibus edition comes out.)

So, dashing Davey Cameron, the public hero of the hour delivered his measured account while the smirking goons of the opposition benches frothed at the mouth in their eagerness to reply. Ed Millicent Millipede had absolutely nothing in his armoury except a regurgitation of the lines Ed did-my-face-really-get-fatter-over-the-weekend? Balls had made him rehearse and thereafter a succession of variously-hued reds, with a few exceptions, simply spouted dogmatic claptrap straight out of their Marxist primers.

None of this prevented the moron, Prescott from later tweeting, "Thought Ed Miliband really hammered Cameron." Neither did it stop Balls' idiotic interview on Panorama later in the evening, when not only did he repeat the same dogged mantra about borrowing to pay off the debts, he also managed to excoriate the present government for not acting years ago to build up exporting relationships with China.

Cameron, I thought, had a pretty good day of it, with nobody really landing a killer blow. He's still got a long way to go to win the country over properly though, because what the majority really wants is an in/out referendum. That's where the real fun starts.

Yet all of this dwindles to insignificance - we knew the whole story on Saturday - in the face of the glaring absence of the wet-wet-wet poster boy, wee Nicky Clegg. The adorable scamp huffed and puffed over the weekend, upset because Big Dave had stuck to the agreed negotiating schedule. Then he jumped up on his little chubby legs, stuck out his lower lip and flounced out. "I've had enough," he declared, "I'm leaving home!" I only hope he's packed enough jam sandwiches to last him until he returns, with his tail between his legs at teatime. 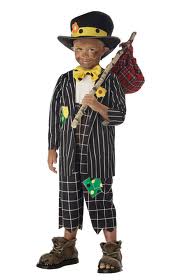 The scamp, Clegg, pictured yesterday
Of course, none of this is really how it happened. The events were broadcast by the BBC and following the howls of indignation at Polar Bear Gate it is only a matter of time before the camera-trickery is revealed. Cameron gave his address against a green screen on which has later been superimposed the other participants. How do I know? Well, amongst the throng were variously, Austin Mitchell, Dennis Skinner and Menzies Campbell... and we know for a fact that they are all extinct.
Posted by Batsby at 07:29