David Cameron has announced a few quid to be allocated to the thorny subject of social reform in the guise of trouble-shooters for problem families. Even the phrase 'problem families' gives them an air of fragility; poor, vulnerable things, let down by a materialistic and uncaring society. The Guardianistas, predictably, talk about 'reaching out' and 'turning lives around'. Well, they would, they have their own non-jobs to protect. But in the areas these ugly, malevolent scumbags live (not the Guardianistas, although it's an easy mistake to make) there will be little such sympathy, even from the current army of involved caseworkers and certainly not from any neighbours who dare speak out.

DC's plan involves, mostly, coordination of effort and he talks about a social worker somehow, miraculously, going into these homes and sorting out their issues. What they have, Dave, is not, 'issues'. What they have is an inability to give a flying fuck about anybody else's needs, operating as erratic crime cells and foetid swamps of breeding human detritus. As always, though, it's the squeaky wheel that gets the grease. The £448million-worth of grease the government is supplying will not make one jot of difference to any of this and an unaccompanied worker will end up broken and abused, demoralised and unemployable. What these so-called 'troubled' families have is a disease.

The cure, apparently is to have somebody with balls of steel turn up on the doorstep and somehow get in to 'manage' the family - sort out the bills, get the kids up and out to school, discuss with them how they might commit less crime. What's the betting the duties of these so-called trouble-shooters will soon extend to picking up the shopping, dropping off the kids, doing the washing up, tidying the garden, etc? We already have plenty of people to do this in Social Services. Under the guise of highly qualified intervention specialists, they have a common-law title of skivvy.

Much as I enjoy the (fictional) antics of Shameless's Frank Gallagher, I wouldn't want to live next to him or his family. I fear Paul Abbot's brilliant show is seen by some as licence to carry on. 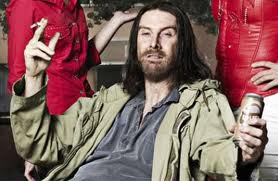 So, if the government is open to advice I have a few suggestions which would prove hugely popular. Instead of single-handed trouble shooters, how about a dawn raid by a fully armed team of special forces. The door is battered down, the whole family rounded up and sluiced down with water cannon. Then, after their shower, the kids are taken - under police escort - to a high-security borstal school, where pain is inflicted for every infringement of the rules. Meanwhile the parents, now dressed in orange boiler suits are chain-ganged into manual labour in support of the local community who line the route and pelt them with rotten fruit, chicken carcasses and half-bricks. While the family are out a team moves in to 'redecorate' their house. Out come all the plasma screens and the spoils of their life of crime, in go new seating arrangements, or stocks, as we used to call them. 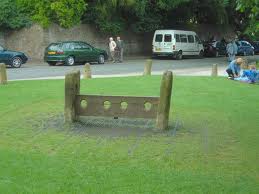 Oh, but wait up a minute. Who the hell's going to pay for all that? What am I thinking? The answer is right in front of my eyes - there in the job description. Problem Families Trouble-Shooter. Belay my last, here is my revised, much cheaper and bound-to-be more popular answer. If the family is trouble, why can't we just shoot them?
Posted by Batsby at 11:04