It’s a tough old life, this being a beacon of hope and enlightenment in a dim and dismal universe, but what’s a future King to do, eh? A couple of days ago, a random visitor to my blog - we’ll call her Moira - had this to say, by way of comment:

“…you appear to be a merciless, pitiless person.”

So far, so good. But Moira had more:

“With all your rage against [the world] I came to the conclusion that it is YOU who feel the self-pity you so readily scorn,”

Nah, not really, love, you’re kind of missing the point. What you don’t like, my dear, is me having opinions which don’t chime with your chakras.  Although she did then redeem herself by signing off with:

Oh good. At least she’s sort of getting it. But you should never assume I don’t mean what I say; I prefer to think of my rapier as being more sincerely sardonic than merely sarcastic. You can make up your own mind, but maybe Moira cannot. She came over not so much despairing as simply humourless. A bland and predictable response to a world she fears, full of merciless, pitiless people spoiling it for everybody. Maybe she believes in the human spirit, free of reality and deadly earnest in its mission to bring peace and contentment to all?

And that’s the trouble, isn’t it? Had she read further she may have seen that I harbour little in the way of spite (way too much effort) more a resignation to the simple and often humorous realities of human frailty. You want nobility? There’s plenty of bloggers regularly posting feelgood, aphoristic nonsense out there; happy, clappy, hippy shit about being lovely to one another. If it only it were true. Life in Britain may have taken a downward turn but not because people are nasty, rather because people have let themselves become helpless.

The DPP, Keir Starmer, has had to be brought in to give his verdict on Twitter prosecutions – the more followers you have, the more guilty you are, apparently. Of what, you ask? Of causing offence, naturally; the big crime explosion of the decade. Since when did the police and courts system become our moral shepherds? I thought their role was to nab the bad guys, not police our beliefs – that’s the job of community, not coppers.

Yesterday I heard Labour’s Margaret Hodge on Radio Four bleating on about tax avoidance being unfair and an abuse of the system. I’m sure the many who owe their livelihoods to the tax regime in the UK, or are directly involved in assisting and advising companies and individuals would be delighted to hear her wringing condemnation of their legally playing by the rules. Who makes those rules in the first place? What a pity Labour didn’t have the luxury of office in order to bring about the great social changes they now demand. Oh, wait…

The BBC is current undergoing a period of hand-wringing self-immolation over the McAlpine affair for which George Entwistle has paid the ultimate sacrifice of having a wad of cash stuffed in his back pocket. The ensuing expensive inquiry circus will conclude, as everybody else already has, that the BBC should stick to reporting the facts, unadulterated by partisan views. The Beeb should be the voice of the nation, but why does it feel the need to be our conscience as well? (I much preferred it when Mr Entwistle wore a skeleton costume and played bass for The Who!)

The NHS is full of willing, dedicated staff who will cut you open, take out stuff, put stuff in, stitch you back together and ply you with ‘care’ until you get better. But, just like any other bloated behemoth it is also somewhat self-serving. The job of any industry is to find new markets and medicine is no different. As the list of physical illnesses nears a finite total, there are much richer pickings to be had on the mental bandwagon, where barely credible research ‘discovers’ things for people to feel bad about. Is the medical profession partly the CAUSE of mental illness?

Whatever happened to Individual responsibility? It seems to have sunk beneath a sea of collectivism, where what we do and what we say and how we feel about things is no longer in our hands. The more we expect other people (society) to direct us and protect us, the less happiness and freedom we achieve and far too many people now rely on the state to take care of every aspect of their lives. (I believe they tried that in Russia in the last century… how did that turn out?) 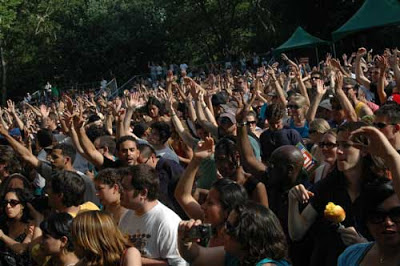 Yes! We are ALL individuals!

THAT, Moira is what happens when you lose your sense of perspective, your sense of humour, your grip on reality. I see my role in all this as the small boy in the crowd, pointing out what is plain to see if you only look properly. Merciless and pitiless, Moira? I prefer to believe I’m being cruel to be kind.
Posted by Batsby at 06:47