The phrase ‘diversify or die’ used to be a watchword for many a businesses in the nineteen-eighties. For the United Kingdom of the two-thousand-and-teens maybe it should be rewritten as diversify AND die? Because the latest census shows us what many have been seeing for years, that if you live in certain areas you already feel you are not only a minority but an oppressed minority.

An acquaintance of mine was recently offered, in return for a favour, a reduction in his business rates on a tap of the nose because of a 'contact in the council'. I need not tell you that those involved in the scam would not exactly describe themselves as White British on the census forms. In fact the number who do so has declined steadily and with that decline goes much of the decency and fairness for which Britain used to be known.

If you had left these shores in, say, 1955 and arrived back here today you would imagine you’d ended up in a different country and you would be correct. A very different country. In 1961 the estimated population was 45 ½  million. The notion of breaking this down by ethnicity was obviously ludicrous as non-white British accounted for around 200,000 or less than half a per cent and virtually all of them were from the Commonwealth – in other words we knew who they were; friends and allies.

You welcome friends and allies, but you keep at arms length those you mistrust, misunderstand, fear or despise. Once upon a time you had to go to North Wales for the language to change as soon as you entered an establishment. Now it's an everyday occurrence and sometimes no concession at all is given to the Lingua Franca. In fact there is no longer a common language; You might just as easily encounter Bengali,  Silheti, Panjabi, Gujerati Hindi, Turkish, Arabic, Nigerian, Somali, Greek, Portuguese, Tamil, Kurdish or Albanian. (Descending order of number of speakers in London)

Meanwhile those involved in the race industry speak a combination of Pidgin, Double Dutch and Gobbledygook to justify their actions and quell any objections and you have to hate me now for writing this, because in that language of the brainwashed I am a foul, despicable and deluded racist. That's how far the progressive agenda has brought us. Any dissent is expressed as unreasonable resistance to rational change, anything more than a muted shrug is called racism and so heinous a crime is it that telling the truth can land you in jail. Thank you Tony Blair.

It is said that over 250 languages are spoken in London, making the capital the most linguistically diverse city in the world. Not one of those is the language of common sense that speaks up for the displaced and reveals unchecked immigration for the folly it is. Our current circumstances are down to an act of sheer treachery by the former government to engineer the political makeup of the country and “rub the Right’s nose in diversity”.

A few statistics from the latest census tell us a story of simple invasion: 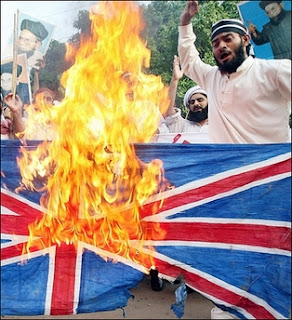 The problem, for problem it is, has been long recognised by those who have to live with it and it is time for the truth to be told and valued. We can’t reverse the damage done but we can surely see as a falsehood the former multicultural mantra of diversity and integration and recognise the reality as Diversity and Disintegration?

Meanwhile David Cameron's party is in uproar over gay marriage.